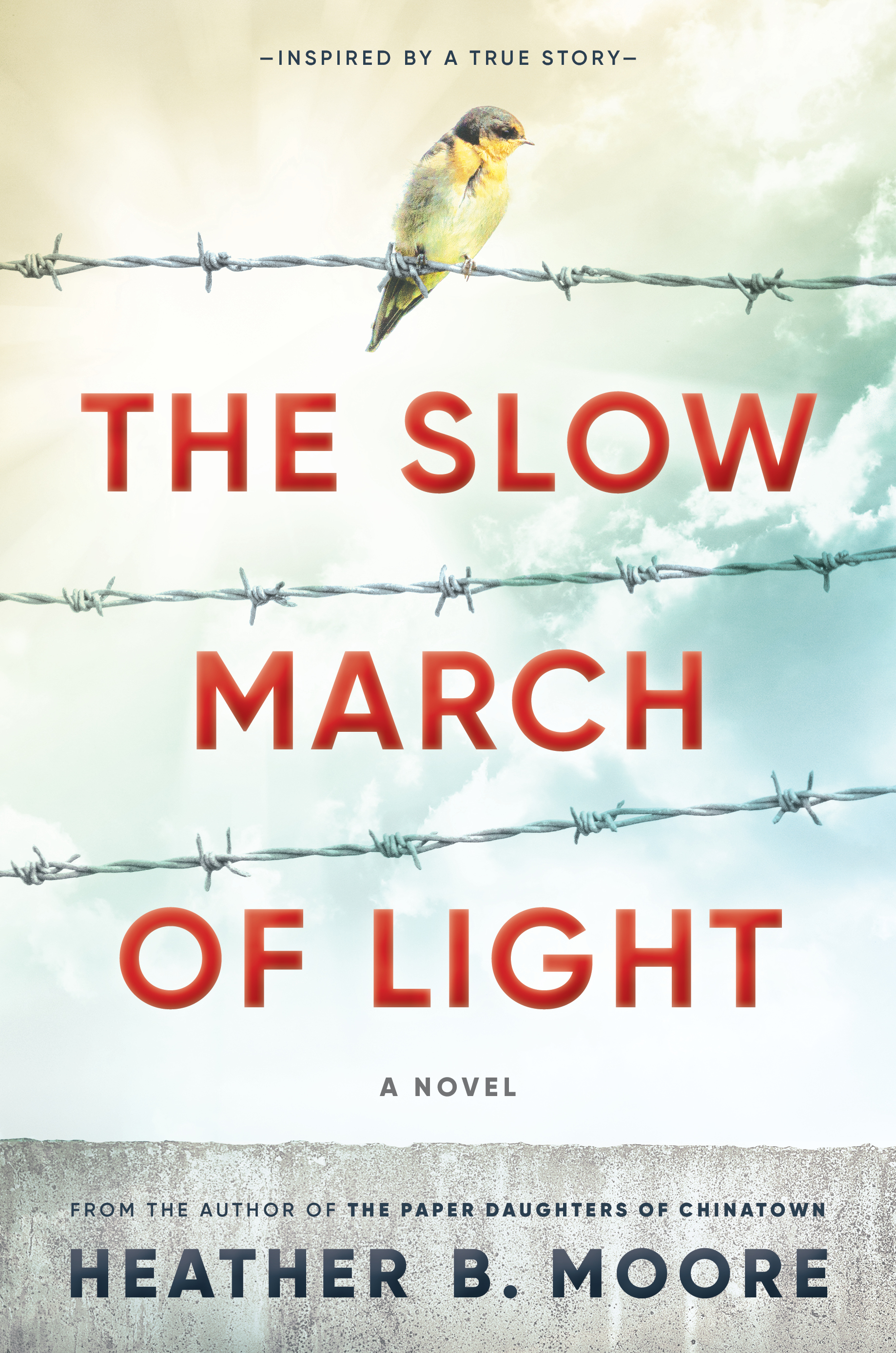 First sentence: The words from the hymn "We Are All Enlisted" echoed in Bob's mind as he drove through the gray afternoon that promised snow.

Premise/plot: The Slow March of a Light is a historical novel set during the Cold War. It is based--perhaps loosely based--on a true story. The protagonist, Bob Inama, is an American soldier who finds himself going undercover in West/East Berlin. He hopes that by posing as an economics student, Peter Jones, he can be hired as a teacher's assistant. (The teacher regularly lectures on economics in East Berlin.) His story as a spy--and a prisoner--is fascinating. And this is the "true" part of the novel. However, the story adds a second protagonist, Luisa Voigt, a German nurse who finds herself becoming more and more sympathetic to the plight of the East Berliners. Her father is a police officer in West Berlin, she has plenty of reasons to stay away from an underground movement helping East Berliners escape into freedom. But she feels called to do everything to help no matter the personal risks. Her story is fictional; I'll clarify, there was no Luisa Voigt in Bob Inama's story. The book alternates between the two perspectives.

My thoughts: I think it is extremely important to set expectations. Do not pick up The Slow March of Light thinking it is a romance. It isn't. I don't know why they added this subtext of romance, this tension, between the two protagonists. Like these two could have been, would have been, might have been...if she hadn't been German, he hadn't been American...etc. Even how these two kept in touch via Christmas cards through the DECADES. I personally felt irritated to learn that Luisa was fictional to Bob's story. She just didn't belong to *his* story. I think his story was powerful enough, inspiring enough, compelling enough, that one didn't need any extras. My complaint isn't with the writing, not really. I think her story and his story were both well done. I think there was enough there for her to have her own book. And the same with Bob's story. I just felt that genre lines were blended a little too much.

I've told you what the story is NOT--a romance. I'll now focus on what it is. It is a faith story. The point of the story is Bob's faith and how his faith informed his imprisonment. His faith sustained and strengthened him day by day, night by night. No matter what happened in prison, Bob was rock steady in his faith and forever grateful. His gratitude-attitude didn't go unnoticed. He was able to be a witness with very few words. In case you were in doubt what the story was all about, the ending of the story sums it up--God put me in prison so that my guard could come to faith.