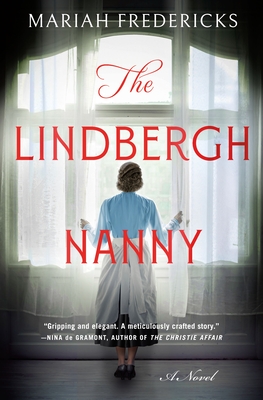 First sentence: I can see the house. But not all of it and certainly not how you get there from here.

Premise/plot: The Lindbergh Nanny is historical fiction. It opens in February 1931 and closes shortly after the trial (and conviction) of carpenter, Bruno Richard Hauptmann. It follows (closely) the events through the nanny's perspective; her name is Betty Gow.

My thoughts: This is FICTION. It is important to remember that. Yes, it is inspired by a real event. Yes, some amount of research was done. But this is a blending of fact and fiction. And sometimes the line between the two--fact and fiction--get very blurry. Facts can be embellished and changed.

I do disagree. I don't violently disagree. (Enough to throw a book against the wall.) But there are hundreds if not thousands of holes in the case and how it was handled from day one through the appeal process. There are legitimate questions that don't have satisfying answers. Enough questions that it is easier to say I DON'T KNOW.

This one was a difficult read because of the content. It was a heartbreaking tragedy. This book does make the players in this tragedy feel more 'real' or 'human.' 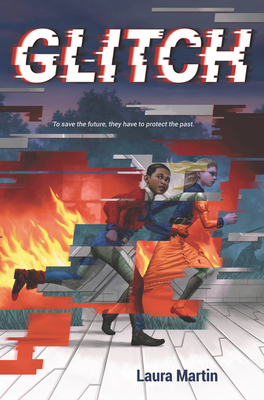 Premise/plot: Glitch is a middle grade time travel novel. For some readers, that alone might make you seek this one out. (It would me.) There are two protagonists: Regan Fitz and Elliot Mason. These two are glitchers--or at the very least glitchers in training. They've been raised by the Academy since birth--their genes having revealed the 'glitch.' They will be able to travel through time. Glitchers carry out missions to preserve history. PRESERVE being the key word. They seek out "butterflies" those from a rival time-traveling group who are out to change history.

When the novel opens, Regan and Elliot are both STUDENTS in training. All of their missions are simulations. But everything changes when they--well, Regan, really--receive a COCOON, a message from the future. This cocoon means that at some point in the future one of them--or both of them--will become BUTTERFLIES.

My thoughts: I loved, loved, loved, loved this one. I have a BIG weakness for time travel books. I do. This one most reminded me of the oh-so-sadly short-lived TIMELESS tv show. I crazy-loved that show. If it had been up to me, it would have had at least three to five seasons. The premise was AWESOME and I loved (most) of the cast. So much potential---ultimately wasted.

I hope this becomes a book series. I would read every single one. I promise. 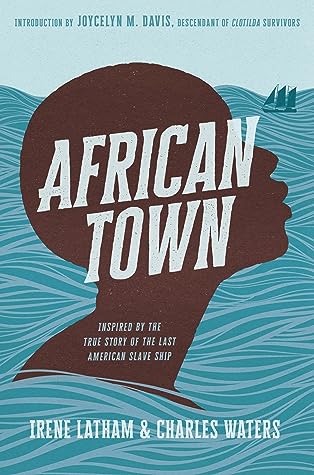 First sentence: Be still, my children. Listen with your ears
and your heart. Our story starts with this
mark on my right cheek, these chipped teeth.
See? This is how you know I am who I say I am.
De town where I was born is called Bante.
It's nowhere near here, not in African Town, not
in Alabama. This town's way across de ocean,
on de west coast of Africa in de kingdom
of Dahomey. My family's home was a round,
two-story adobe with a terrace. Surrounded by hills,
about eight days' walk to de sea. Someday maybe
you will see de world de way I have seen it
in Bante. Then you will know how de sun
kisses de earth, melts like honey over de land--
it's no wonder I believed all of life would be
bright and sweet. No wonder it still shocks me
that de world can be so hard, so dark.
But that darkness, it brought me here.
It brought you here. This is our story.

Premise/plot: African Town is a verse novel based on or inspired by a true story. Long after the importation of slaves was illegal--though not slavery itself--one ship, the Clotilda, was used to smuggle in a shipment of slaves. The year was 1860.

It is a verse novel that spans a little over four decades. It opens around 1859/1860 and closes around 1901. The poems alternate narrators...and in doing so alternates perspectives. Though by far the greatest representation are the men and women captured, enslaved, sold. Other narrators include white men in the slave trade, slave owners, and VERY VERY VERY oddly the ship Clotilda.

My thoughts: Powerful. Compelling. Important. These are the words I'd use to describe this verse novel. It is a heavy novel in its subject matter. The characters--[loosely] based on real people--are well developed. The characters were easy to care about. I got swept up into this one. I knew a little bit about the Clotilda from previous reading. But this was an absorbing read. I thought the verse novel format was a perfect fit for this one.

93. The Battle of the Labyrinth 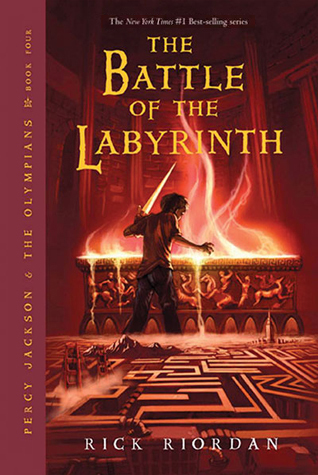 First sentence: The last thing I wanted to do on my summer break was blow up another school.

Premise/plot: Camp Half-blood is in trouble again. To be fair, it's more like destroying Camp Half-blood is step one on the bad guy's to do list. [I suppose you could argue that it isn't a bad guy so much as bad god.] Annabeth, Tyson, Percy, and Grover are teaming up again on a quest. They'll be going underground into the labyrinth. It's super-super dangerous. Those that do manage to come out again are rarely the same. The last person to come out has gone mad--they aren't quite sure how to cure him. But the world's only hope [so we're led to believe] is hidden within the labyrinth. It's a race--who will discover it, acquire it, use it...first.

My thoughts: All the books are so closely connected. It is definitely best to read them all together. The tension does keep building and building. There is rarely a satisfying moment in the book in terms of suspense and tension. None of the books have that YES moment of success and completion. All the books are leading to the ultimate showdown. Book four still doesn't take readers to that final, ultimate BIG battle between good and evil. I would say book four offers less humor and more intensity. Looking back, The Lightning Thief now has such low stakes--but oh at the time, it felt like such a big quest.

I do recommend the series. I am rereading the series this summer. 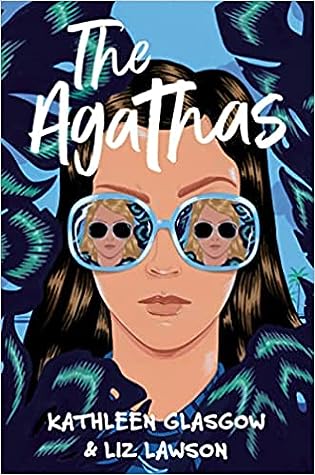 First sentence: Alice Ogilvie is crazy. The words are huge, written across my locker in thick black marker, impossible to miss. I see them from down the hall as I approach, the words like a pin to the eye. My first day back from house arrest, and this is what greets me. I can't say I'm surprised.

Premise/plot: The Agathas is a young adult mystery novel. Two teens team up to solve the murder of their classmate, Brooke Donovan. Alice Ogilvie and Iris Adams are unlikely friends. To be fair, Iris is being paid to tutor Alice. At a Halloween party, Brooke disappears after a public fight with her boyfriend (a boyfriend who happens to be Alice's ex.) Iris is one of the last to see her....alive. Or at least the last to see her alive who's come forward with information. (Obviously her killer is all hush, hush). Both Iris and Alice think Steve--who has been arrested and charged--is innocent. Since the police are unwilling to investigate the crime further, despite inconsistencies, the two teens team up (with a few others) to try their best to solve the case.

My thoughts: This one has alternating narrators. I liked both Alice and Iris as narrators. Both are complex characters. Both have back stories. The mystery was well done. Sometimes it's hard to write about murder mysteries because you don't want to give away any spoilers about the crime, the clues, the suspects. But it was good. The right amount of tension and suspense.