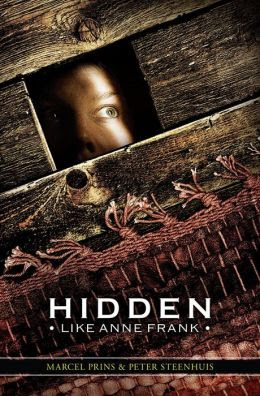 If I had to pick just a few words to describe this Holocaust collection, I would choose the words honest and haunting. Hidden Like Anne Frank is a collection of fourteen true stories of survival. All of these stories are set in the Netherlands during World War II. All focus on children (or teenagers) who hid from the Nazis. Anne Frank is perhaps the most famous hidden child from the war, but unlike Anne Frank, these are the survivor stories, the so-called happy-ending holocaust stories. Before I read the book, I would have considered the fact that they survived through the war enough to make it a happy ending. What I learned was that was not always the case.

What followed was years of tears. A whole lifetime. That war will not be over until I take my last breath. (211, Donald de Marcas)

I liked the fact that these were individual stories. Each writer, each survivor, has their own voice, their own story, their own message. No two stories really read alike. This is as it should be. Readers catch glimpses of what life was like before, during, and after the war.

I found Hidden Like Anne Frank was a book I had to read very slowly. To read more than two or three stories at a time proved too much. This one is not a light read. It is compelling and honest and important. But it is not easy.

This genre is a favorite of mine (which is recognize is an odd thing to say). So important! Thanks for the review.