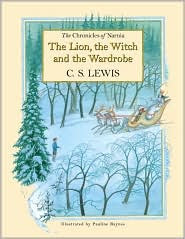 Today I thought I would share with you some of my favorite 'literary' Christmases. A few of these books will focus on Christmas. But most won't. Like Little Women! Who could forget the opening chapters of Little Women with the four sisters bustling to prepare for Christmas--a humble Christmas to be sure--but one of joy, don't you think?!

And how could it get any cheerier than reading about the black death?! Doomsday Book--one of my favorite, favorite books of the year--is set during the holidays.

One lovely Christmas I discovered was in rereading To Kill A Mockingbird. I loved Scout's observations on her extended family that she was forced to had the pleasure of spending time with during the holidays.


"Jem and I viewed Christmas with mixed feelings. The good side was the tree and Uncle Jack Finch. Every Christmas Eve day we met Uncle Jack at Maycomb Junction, and he would spend a week with us. A flip of the coin revealed the uncompromising lineaments of Aunt Alexandra and Francis. I suppose I should include Uncle Jimmy, Aunt Alexandra's husband, but as he never spoke a word to me in my life except to say, "Get off the fence," once, I never saw any reason to take notice of him. Neither did Aunt Alexandra. Long ago, in a burst of friendliness, Aunty and Uncle Jimmy produced a son named Henry, who left home as soon as was humanly possible, married, and produced Francis. Henry and his wife deposited Francis at his grandparents' every Christmas, then pursued their own pleasures. No amount of sighing could induce Atticus to let us spend Christmas day at home. We went to Finch's Landing every Christmas in my memory. (125-126)

The Little House books by Laura Ingalls Wilder were always great for finding Christmas stories. I don't think I could choose between the one shared in Little House in the Big Woods and Little House on the Prairie. The writing is so descriptive--especially of Ma's baking--that it makes for great reading.

Then there's Ramona. As you know, Ramona Quimby is one of my favorite characters of all time!!! In Ramona and Her Father, there are several chapters devoted to Christmas: "The Sheep Suit" (in which Ramona volunteers her mother to make her a sheep costume) and "Ramona and The Three Wise Persons" (in which readers get to see Ramona in her church pageant).


"Ramona could not pretend that faded pajamas printed with an army of pink rabbits, half of them upside down, made her look like a sheep, and Ramona was usually good at pretending" (165).

I just love, love, love when Father Christmas comes in The Lion, The Witch, And The Wardrobe by C.S. Lewis. For his coming means that the enchantment of the White Witch is failing. For she has made it always winter, never Christmas. I love the movie adaptation of this scene--with Lucy telling everyone, "told you he was real!"

And I couldn't possibly forget Anne Shirley? The Christmas in Anne of Green Gables where Matthew gets his Anne-girl the present of her dreams? A dress with puffed sleeves! Not that it is *easy* for him. That's why it's so charming. Here's how that Christmas morning looked,


"Christmas morning broke on a beautiful white world. It had been a very mild December and people had looked forward to a green Christmas; but just enough snow fell softly in the night to transfigure Avonlea. Anne peeped out from her frosted gable window with delighted eyes. The firs in the Haunted Wood were all feathery and wonderful; the birches and wild cherry trees were outlined in pearl; the plowed fields were stretches of snowy dimples; and there was a crisp tang in the air that was glorious. Anne ran downstairs singing until her voice reechoed through Green Gables.
"Merry Christmas, Marilla! Merry Christmas, Matthew! Isn't it a lovely Christmas? I'm so glad it's white. Any other kind of Christmas doesn't seem real, does it? I don't like green Christmases. They're not green-- they're just nasty faded browns and grays. What makes people call them green? Why--why--Matthew, is that for me? Oh, Matthew!"
Matthew had sheepishly unfolded the dress from its paper swathings and held it out with a deprecatory glance at Marilla, who feigned to be contemptuously filling the teapot, but nevertheless watched the scene out of the corner of her eye with a rather interested air.
Anne took the dress and looked at it in reverent silence. Oh, how pretty it was--a lovely soft brown gloria with all the gloss of silk; a skirt with dainty frills and shirrings; a waist elaborately pintucked in the most fashionable way, with a little ruffle of filmy lace at the neck. But the sleeves--they were the crowning glory! Long elbow cuffs, and above them two beautiful puffs divided by rows of shirring and bows of brown-silk ribbon.
"That's a Christmas present for you, Anne," said Matthew shyly. "Why--why--Anne, don't you like it? Well now--well now."
For Anne's eyes had suddenly filled with tears.
"Like it! Oh, Matthew!" Anne laid the dress over a chair and clasped her hands. "Matthew, it's perfectly exquisite. Oh, I can never thank you enough. Look at those sleeves! Oh, it seems to me this must be a happy dream."
"Well, well, let us have breakfast," interrupted Marilla. "I must say, Anne, I don't think you needed the dress; but since Matthew has got it for you, see that you take good care of it. There's a hair ribbon Mrs. Lynde left for you. It's brown, to match the dress. Come now, sit in."
"I don't see how I'm going to eat breakfast," said Anne rapturously. "Breakfast seems so commonplace at such an exciting moment. I'd rather feast my eyes on that dress. I'm so glad that puffed sleeves are still fashionable. It did seem to me that I'd never get over it if they went out before I had a dress with them. I'd never have felt quite satisfied, you see. It was lovely of Mrs. Lynde to give me the ribbon too. I feel that I ought to be a very good girl indeed. It's at times like this I'm sorry I'm not a model little girl; and I always resolve that I will be in future. But somehow it's hard to carry out your resolutions when irresistible temptations come. Still, I really will make an extra effort after this."

Visit these other stops on the tour:


© Becky Laney of Becky's Book Reviews
Posted by Becky at 8:10 AM

I'm just getting caught up on the last days of the Blog Tour, but I'm so glad I found your post. You've cited some of my favorite Christmas passages and the one from Anne of Green Gables was the perfect one to end on. Thank you.