The Man Who Invented Christmas (2008) 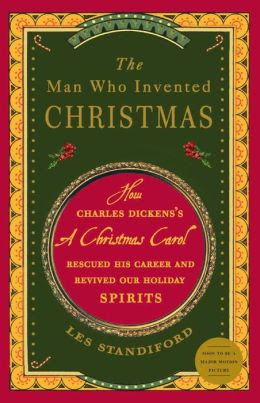 Different readers will have different expectations when they see the full title of this one: The Man Who Invented Christmas: How Charles Dickens's A Christmas Carol Rescued His Career and Revived Our Holiday Spirits.

The focus is not so much on Christmas, as it is on Charles Dickens: his private and public life, his writing career, his inspirations, his fears and worries, his relationship with his publishers. The focus isn't solely on A Christmas Carol. Yes, this work gets discussed in detail. But the same can be said of many of Dickens' novels. The book, despite the title, focuses on Dickens' career as a writer or novelist. This book mentions and in some cases discusses most of Dickens' published works. Not just his books published BEFORE A Christmas Carol, but his whole career.

The secondary focus of this one is not Christmas. Readers might expect it to be related to Christmas, the history of Christmas, its invention, or reinvention. But. Something gets more time and attention than Christmas. And that is the writing and/or publishing industry. The book gives readers a history lesson in publishing. How books were written, illustrated, printed, published, sold. Not just what went on BEFORE it was published, but also what typically happened next. How novels were adapted to the stage by others, by many others. How little control--if any--that the publisher and author had over their books, their stories, their characters and plots. Plays could do justice, at times, to the books they were based upon. But they could also be absolutely dreadful. The lack of copyright laws or international copyright laws. How publishers in other countries could steal entire books, republish them, not paying the author anything at all. The book even has a chapter or two on fan fiction. Not that he calls it fan fiction. But he writes of how other writers could "borrow" characters and give them further adventures and publish them.

Does the book talk about Christmas at all? Yes. It does. It tells of two extremes: those in the past who celebrated Christmas too wildly, too wantonly, and those in the past who refused to celebrate it all, who would have it be illegal. Either extreme seems a bit hard to believe, perhaps, for modern readers. The book tells of traditions. Some traditions being somewhat established before A Christmas Carol, and other traditions becoming more established by being described in A Christmas Carol. What I probably found most interesting was his mention of how traditionally it was goose served for the Christmas feast UNTIL the publishing of A Christmas Carol. When Scrooge buys a turkey to give to Bob Cratchit and his family, it seems he inspired his readers to change their traditions. Turkeys becoming more and more popular.

For readers interested in the life and death of Charles Dickens, his whole career, this one has some appeal. It provides plenty of details about his books and the publishing industry, how he was received by the public.

For readers looking for a quick, feel-good holiday read, this one may prove to be a chore to get through.

I liked it well enough. I've read a good many of his novels. I have some interest in his life. It worked for me. It was packed with plenty of information.

You're right -- from the title, I'd want a lot more Christmas. This sounds like a good one to save for sometime other than the holiday season -- it does sound like a really interesting story.