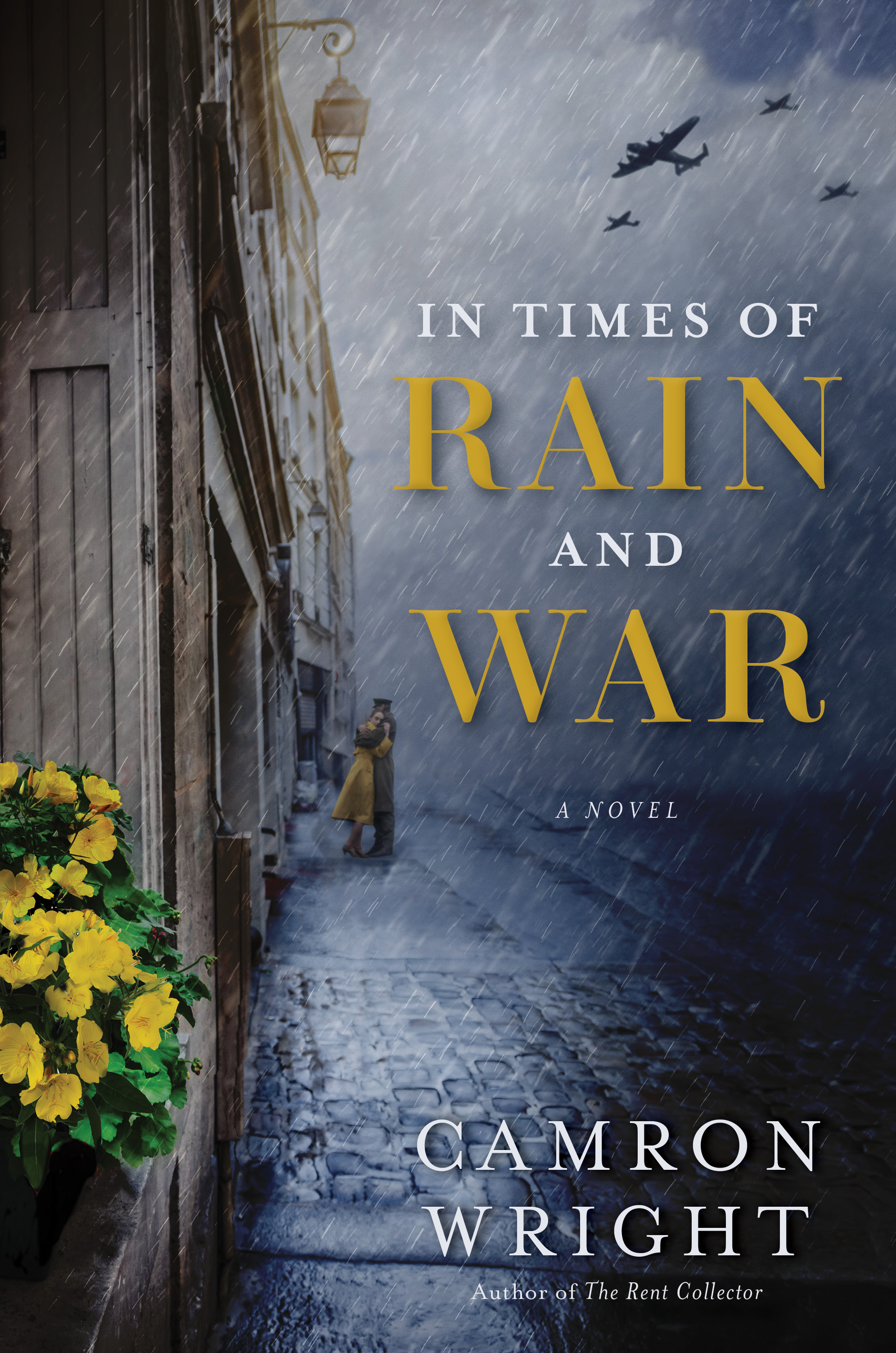 First sentence: Eins! Zwei! Drei! Vier! Four bombs dropped from the plane in succession, chasing one another—though the fin on the last caught on a rivet in the bomb bay, delaying its liberation until the pilot briskly pulled the aircraft’s nose up to nudge the explosive free.

Premise/plot: Joey would put this book in the freezer. I'm tempted to leave it at that--but, of course, I won't.

In Times of Rain and War is loosely (yes, loosely) based on a true story. It is historical fiction--set in England during the Second World War--with a strong romantic undercurrent.

Audrey Stocking, our heroine, is bombed out of her apartment--along with her Aunt Claire.

Wes Bower, our hero, is an American newly arrived in England and joining a bomb squad. That is he is part of a team that works to disarm (deactivate) bombs that have fallen but not exploded. It is a dangerous job. (He learns that the average person lasts TEN WEEKS on the job before dying on the job.) Still, it's an important job--crucial. They have to LEARN and LEARN AS THEY GO; even failures can lead to future successes if they can figure out what went wrong. And since Germans--Nazis--keep coming up with new fuses (I believe the book spells that fuzes), they have to keep coming up with new strategies, techniques, protocols.

The two meet each other when she's bombed out of her apartment; he's called to the scene...

But this is NOT insta-love OR insta-lust. This book is a thousand times better than that. Wright doesn't need to stoop to that level.

My thoughts: I NEEDED A FREEZER. Man, oh man, I needed a freezer. I felt like my heart had gotten beaten up with a baseball bat.

Every single reader is different--has different likes, dislikes, hopes, expectations, etc. For some this book may prove too brutal on the heart strings. Then again, there are some people who VOLUNTARILY watch Titanic or The Notebook or The Boy in Striped Pajamas or Steel Magnolias.

I thought this one was well written. While having romantic elements certainly, this one has way too many side characters that are  fully developed and fleshed out--not to mention the historical details--to be your typical "romance novel." If that comes across as an insult to an entire genre, it isn't meant to be. I promise. What I mean is that the characterization--from main characters to side characters--has depth and substance. It is SO GOOD--for better or worse. The better to break your heart perhaps.