The Secret of Chimneys 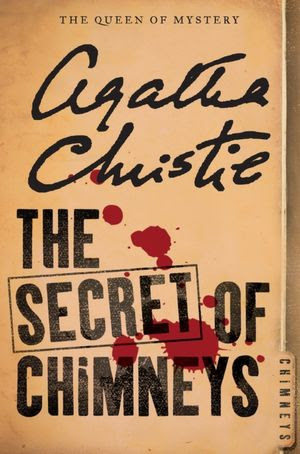 The Secret of Chimneys is a bit over-the-top, I won't lie. I suppose you could call it a silly book that isn't exactly meant to be taken seriously. But it was a fun book, for the most part. I probably loved Seven Dials Mystery more than this one. But still, I liked it.

Anthony Cade travels to England as a favor for a friend. If he delivers a certain manuscript--a memoir--by a certain person (recently deceased) living in exile to a particular publisher by a certain day, he receives a good sum of money. Money that will be divided between them (Anthony and Jimmy). But that isn't the only package he's taking with him, he's also got a bundle of letters from a married woman to her lover. Jimmy has told him that these letters have been used (in the past) to blackmail the woman. He's gotten a hold of the letters, and he doesn't want to blackmail her, he wants to see them returned safely to her. Will his mission succeed? Well, it sounds easy enough, in a way, until you factor in all the different political factions that want to see him fail and the manuscript be destroyed.

The setting of this one is an estate called Chimneys. And we do meet many, many lovely characters. Including Eileen (Bundle) Brent, Superintendent Battle, Lord Caterham, George Lomax, Bill Eversleigh, Virginia Revel, Anthony Cade.

Read The Secret of Chimneys

This is the second Agatha Christie novel I've seen mentioned in the last couple of days. I think that's a sign to finally read the copy I picked up years ago.

Sweet Marie said...
This comment has been removed by the author.
3:19 PM