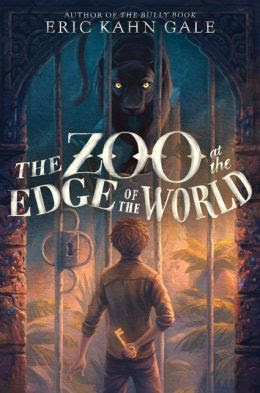 Marlin is the hero of the Zoo at the Edge of the World. And hero is an interesting word choice in a way. For Marlin doesn't feel like he could even potentially be a hero. He knows how others see him, how *most* others see him, and he's trapped in their opinions, letting it all weigh him down. Marlin is a stutterer, and, for the most part he doesn't speak with others. In part, because few are patient enough to stand and wait for him to finish a complex sentence/thought. In part, because Marlin gives up and gives in. For example, he gets so frustrated with himself, with not being able to get out his thoughts, AND, he sees the other person's response/reaction: their impatience, annoyance, rejection, ridicule, etc. Sometimes, I suppose you could say, he stops trying, and in other cases, he's cut off, and not allowed to finish. So Marlin takes great comfort in the fact that he can talk near-perfectly when he's alone with an animal. It's a good thing his father owns a zoo in South America. So his time with the animals is almost always positive--though not always!!! And his time with his dad is somewhat positive--though not always! But his time with his brother and almost everyone else on the staff is absolutely horrible all the time.

The Zoo at the Edge of the World is about what happens to Marlin when his Dad returns to the zoo with a jaguar. He's given the opportunity to collar it, and, the book turns magical almost from that moment on...

Everything Marlin knows about his life, his family, will be challenged by what the jaguar tells him...

I wouldn't say I *loved* this one, but, I did enjoy it quite a bit.