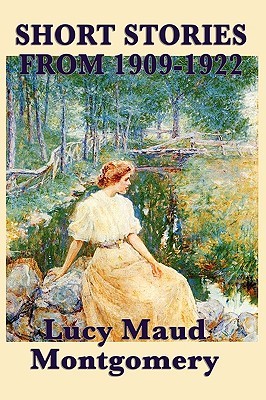 I have begun reading Lucy Maud Montgomery's Short Stories 1909-1922. I have read two short stories so far. In my excitement to start a new feature, I may have been rushing through the short stories. I may take a slower approach with this next collection of stories.

First sentence:  The land dropped abruptly down from the gate, and a thick, shrubby growth of young apple orchard almost hid the little weather-grey house from the road.

Premise/plot: Lovell has returned to visit his Uncle Tom and Aunt Sally. He's been out west, striking it rich, as they say. He's got plans to open a store out west and he wants "one last visit" before he gets tied down to one place. What he finds haunts him. The old place is seemingly abandoned. He seeks out neighbors and an explanation. His relations--the one who so kindly took him and raised him--they're in the poor house. Will Lovell change his plans and save the day?!

My thoughts: I definitely enjoyed this one. It is a good, comfortable, cozy, feel-good read.

First sentence: The dance at Byron Lyall's was in full swing. Toff Leclerc, the best fiddler in three counties, was enthroned on the kitchen table and from the glossy brown violin, which his grandfather brought from Grand Pré, was conjuring music which made even stiff old Aunt Phemy want to show her steps.

Premise/plot: This one opens at a dance. Paul King has a wicked reputation; he's "mad, bad, and dangerous to know," I suppose you could say. But Joan Shelley, the local beauty, can't get enough of him. She LOVES him much to the town's disgust--and pity. He seems to be smitten with her--but the town has judged him as being beyond redemption, beyond hope. But is he?!

The story is about what happens when Paul King overhears a conversation about the two. Will he take their words to heart and set Joan free to love another? Or will he be selfish and marry her?

A bad egg was Paul King, with a bad past and a bad future. He was shiftless and drunken; ugly tales were told of him. Not a man in Lyall's house that night but grudged him the privilege of standing up with Joan Shelley.

How mightily he loved her—he, Paul King, who had made a mock of so many women and had never loved before! Ah, and she loved him. She had never said so in words, but eyes and tones had said it—she, Joan Shelley, the pick and pride of the Harbour girls, whom so many men had wooed, winning their trouble for their pains. He had won her; she was his and his only, for the asking.

My thoughts: I enjoyed this one as well. This one has more substance than some of Montgomery's earlier stories. Really her stories are a bit uneven in quality. You have stories that are all kinds of wonderful: be they funny or sad or dramatic. But you also have the very predictable, slightly boring ones that are bland-safe fare for one and all. You definitely see that writing is a process and great progress is made over a writer's career.

You've inspired me to download some of these too! They are fun to read as a little treat every so often.