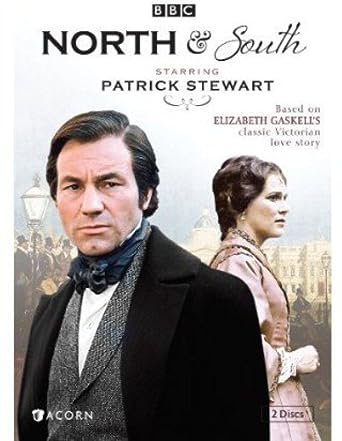 Margaret. In the 2004 adaptation, Margaret Hale is all sweetness and perfection. She's a near-flawless embodiment of a modern woman. In the 1975 adaptation, Margaret is out of her element...most of the time. It was a nice contrast to the bold confidence and superiority of the 2004 Margaret. But many of her scenes she almost fades into the background. I haven't decided if that is a good thing, or a bad thing. In the novel, Margaret is equal parts pride and prejudice. She's opinionated and outspoken--especially within the walls of her own home. She's a blunt-speaker and comes across as a big snob. In her scenes with John Thornton she comes across as cool and aloof...for the most part. (In the 2004 movie she's all confrontation all the time. From the moment they meet she is all  I AM HERE TO TELL YOU THAT YOU'RE DOING EVERYTHING WRONG.) The 1975 Margaret is a bit more reserved. She is feisty occasionally--but it's more of a rare occurrence for her to speak out and bring him down with her wisdom, or so-called wisdom.

John. I have a love/hate relationship with Richard Armitage's John Thornton. I don't blame him personally. I think the role was written as DARCY 2.0 and he was directed to be DARCY 2.0. Just by his presence--his being there all dressed up and looking at the camera--the film becomes instantly swoon-worthy. The script almost doesn't matter. But the 2004 John Thornton is NOTHING AT ALL like the book hero. Nothing. In the novel he's empathetic, compassionate, hard-working, genuine, honest. He is a business man, true, and he is always looking to make sound business decisions. Margaret is all YOU WORK, HOW GROSS! I COULD ONLY LOVE A MAN OF LEISURE. (That's not true, the Margaret of the novel isn't boy-crazy, she is not looking for love and desperate to find a husband.) Everything I love about the novel is almost absent or crucially changed in the 2004 adaptation. What you get is A SOLID ROMANCE but it's not what Gaskell wrote, not really. So how did Patrick Stewart do???? Well, I liked seeing him all dressed up too!!!! He's a fast talker. He comes across as sharp and intelligent. His love for Margaret almost seems to come out of nowhere--almost. But I don't fault him for that. He doesn't know how to STARE LIKE DARCY and he doesn't have Colin Firth to refer back to as that edition of Pride and Prejudice hadn't been filmed yet. (Nor the 1980 Pride and Prejudice which also has a lot of staring.) I don't know that the on-screen chemistry was amazing between Patrick Stewart and Rosalind Shanks. But I almost preferred the chasteness of that one brief smooch to the more dramatic ending of 2004. It was more in line with the novel.

THE ENDING. I love the 2004 ending. I do. I would lie if I didn't say it left me grinning from ear to ear every single time. EVERY SINGLE TIME. But I liked the 1975 ending as well. It started off with potential to be close to the novel. Their meeting was not at a train station almost by chance. He came to London to her aunt's home. It was a private conversation. But what I really, really WANT in an adaptation is to keep the THAT MAN and THAT WOMAN speech intact. If you've read the book, you may remember what I mean!!!

Rearranging conversations. There were some awkward rearrangements that just made little sense. Even when the conversations were clearly inspired by actual scenes from the book, the placement within the movie made them seem strange.

Conclusion: Neither is faithful enough to properly satisfy me in that regard. But the 2004 is a thousand times more watchable...overall. The time investments seems less worth it for the 1975. I still would *love* a John Thornton that was actually more like the book hero.

Nice! I didn't know about the earlier version but I'm not a big movie watcher. I loved the music in the 2004 production but it didn't portray the Christian essence of the book. Not surprising, I suppose.

I have had the 2004 movie on my To Watch list for ages now and I am a big fan of classics so would love to read the book also. Do you recommend reading the book before any adaptions or vice versa? :)

Carol, I am planning on rewatching the 2004 adaptation soon. I thought it was lovely--music included--as a film. I would love to see a version that does include the Christian elements of the book and still have quality in terms of acting, writing, musical score, costumes, etc. I can see that what makes the book so lovely is difficult to capture in film.

Readingdaydreamer, that's so hard to advise!!! I love the film--adore it. I love the book--really truly love it. If you watch the movie first you won't come with expectations and it can stand on its own almost. But you might carry over expectations from the movie to the book. You might expect it to carry more ROMANCE for example. (The romance is there but more subtle in the book. It's in the small things, the little actions.) Both are so good. I think the best approach is to recognize that they are different from one another but both outstanding.