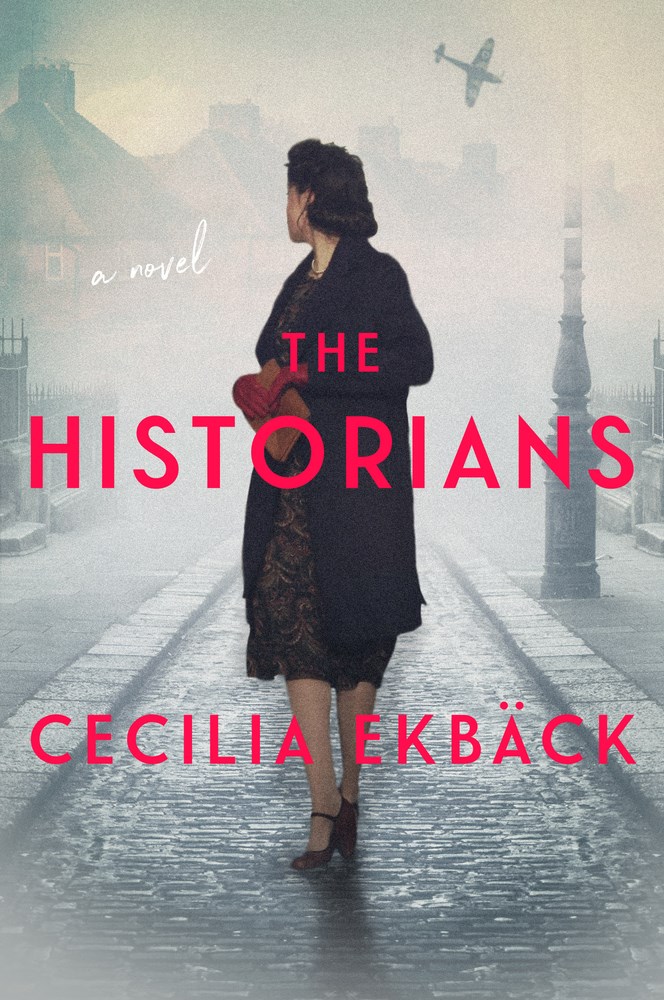 First sentence: Clicking typewriter keys, muttering voices, shrilling phones . . . the barrage of noise in the office was constant. Whenever Laura left work, the echo in her ears made her feel for a while that she had gone deaf. Jacob Wallenberg, Laura’s boss, mentor, and Sweden’s chief negotiator with Germany, walked through the room and they watched him, to see whose desk he would stop at, so they could try to guess the latest twist.

Premise/plot: The Historians is a historical thriller set during the Second World War in Sweden. There are two primary narrators--Laura and Jens. But the book alternates between THREE focuses. (I'm sure that makes NO sense whatsoever. But the third pov isn't really so much one person as one location--a mountain with a mine--with shifting perspectives. In many ways it's a murder mystery, but, there's definitely some suspense/thriller vibes as well. Laura and Jens' lives are in danger almost the whole time as they try to get to the bottom of what's going on.

My thoughts: The Historians is historical FICTION. It flirts with the idea that Nazi Germany wasn't the only ones to do experiments on humans. Jens and Laura are on the hunt to figure out Sweden's secrets--secrets that apparently are costing people their lives if they ask too many questions. I think it is important that readers know this is fiction.

I liked this one well enough. I did. I found it a compelling enough read. The more the three shifted into one big story the more I liked it. If there was one thing I didn't quite like about this one, it was that the ending just felt a bit too abrupt. Like you've invested hours into the book and then that's the ending?!?! It is definitely an ending with some ambiguity. I don't know if there's enough to make a sequel though.

I do feel it was a premise-driven book examining how IDEAS and BELIEFS shape people, motivate people, lead to decisions, etc. For better or worse, one of the ideas is related to race and how 'the pure' Scandinavian race is superior to all others that have been tainted by mixing.

I don't think I would want to read about Scandinavians being racially pure even though that is my ancestry. Nice review though.

Sweden? I don't know... I find it hard to think of the Swedes as being nefarious, to be honest.