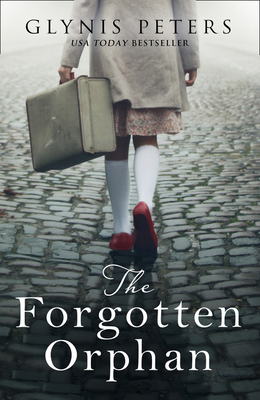 Premise/plot: The Forgotten Orphan is historical fiction set in England during the Second World War. The book stars a young woman, Maisie Reynolds. She's lived at Holly Bush Orphanage since she was around four. She had a twin brother, Jack, but he was adopted out while she was not. Her years at the orphanage were hard--verbally abused perhaps a little physical as well when it comes to discipline. But now that she's coming of age, she may have more opportunities...

The first few chapters of the book is where most of the action occurs--for better or worse. The head matron dies. The next-in-line dies a few weeks later. Maisie--as the oldest--becomes stand-in matron of the orphanage. The orphanage receives words that it's being shut down. Holly Bush will now house nurses and soldiers. She can stay on as housekeeper/nurse-in-training. Oh. And she meets a Canadian soldier, Harry Cameron (aka Cam). Plenty is packed in the first handful of chapters.

My thoughts: I found The Forgotten Orphan to be a tedious read. Its 400 pages felt like 1000. I felt that having the book start in 1940 and having it drag out through the duration of the entire war might not have been the best choice. For covering so much time, so very little happens.

The book is neither plot driven, premise driven....or character driven. I think for me where it fell flat was in the characterization department. Maisie herself stars front and center. And perhaps if a reader makes a connection 100% with her, then the book might be worth the journey. But if you don't happen to make a full connection and care deeply about Maisie, there's little for you here.

I was disappointed with Maisie's relationships with other characters. I don't think the other characters were developed enough. Cam, her love interest, is the one we get the most scenes with. And I felt it was definitely a case of insta love. Which could legitimately happen--especially in war time. They met two or three times, agree to write letters, and then are in a committed, steady relationship long distance of course. We do get their correspondence. Perhaps for those that do see Cam and Maisie as this super couple may find these letters wonderful and romantic and swoon-worthy.

Maisie's relationships with others remained superficial in my opinion. Perhaps due to lack of scenes where stuff happens or deep, meaningful conversations happen?

Simon. I am confused why Simon is even in this story???? Why introduce him in the first place??? What does he add to the story??? I mean technically he is someone who provides a lead about her twin brother. But if that was all he was going to add to the story, why turn him into a #1 a**. I mean seriously this guy is MESSED UP. Multiple times he tries to sexually assault her. He beats up Cam. Does prison time--on unrelated charges. Just a complete wreck. And Maisie is torn up about whether or not to cut him out of her life because he was at Holly Bush with her at one point??? Like the guy just tried to assault you, why is it a question on IF you cut ties with him????

Jack. I felt this was manipulation. Her brother reappears (with super incredible cheesy dialogue) only to be KILLED in the war with a melodramatic death scene where she READS HER newest POEM to him as he's breathing out his last moments. POOR THING. YOUR POETRY IS NOT WHAT HE NEEDED TO HEAR.

The dialogue in places was just painful. Not all the time. Not always. There were a few times it just felt very scripted, very amateurish, very expected, uninspiring.

But by far the most painful aspect of this one was Maisie thinking she was a poet. She writes poetry throughout these years that readers have to sludge through.

The World War II setting could not save this one--in my opinion. I wanted ALL of my time back.