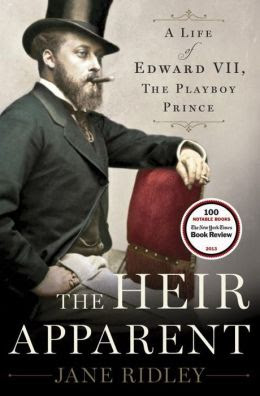 The Heir Apparent was very fascinating in places. I wouldn't say it was equally fascinating from cover to cover, however. There are high points in this biography, and low points. Low points for me, for example, being chapters that focuses solely on politics, politics, foreign politics, and more politics. High points for me, on the other hand, being chapters that focused on royal dysfunction, family drama, relationships between family members, society-type gossip and scandals and potential scandals. This book is PACKED with detail: that is its greatest strength and biggest weakness.

The book begins, and appropriately so in my opinion, with the reign of George IV. It is only fair to readers to get Queen Victoria's FULL story from birth to death. For I believe it is only in understanding Victoria and Albert that you can begin to make sense of their children's lives. And Bertie's in particular. For example, I think it helps to know that he comes from a LONG LINE of people who are incapable of showing love and kindness and decency to the firstborn heir. Since over half the novel focuses on Bertie's relationship with his parents--particularly his mother, the more you know about Victoria, the better. Queen Victoria is not shown as wonderfully, adoring, kind-hearted, compassionate mother. She was VERY VERY VERY opinionated about her children, about their "weaknesses". She could have a very cruel tongue, to say the least.

Thanks for your honest review, Becky. There's often a fine line between too little detail and too much.

it was a great fictitious novel...and i will love see further coming novel..