The Joy of a Peanuts Christmas 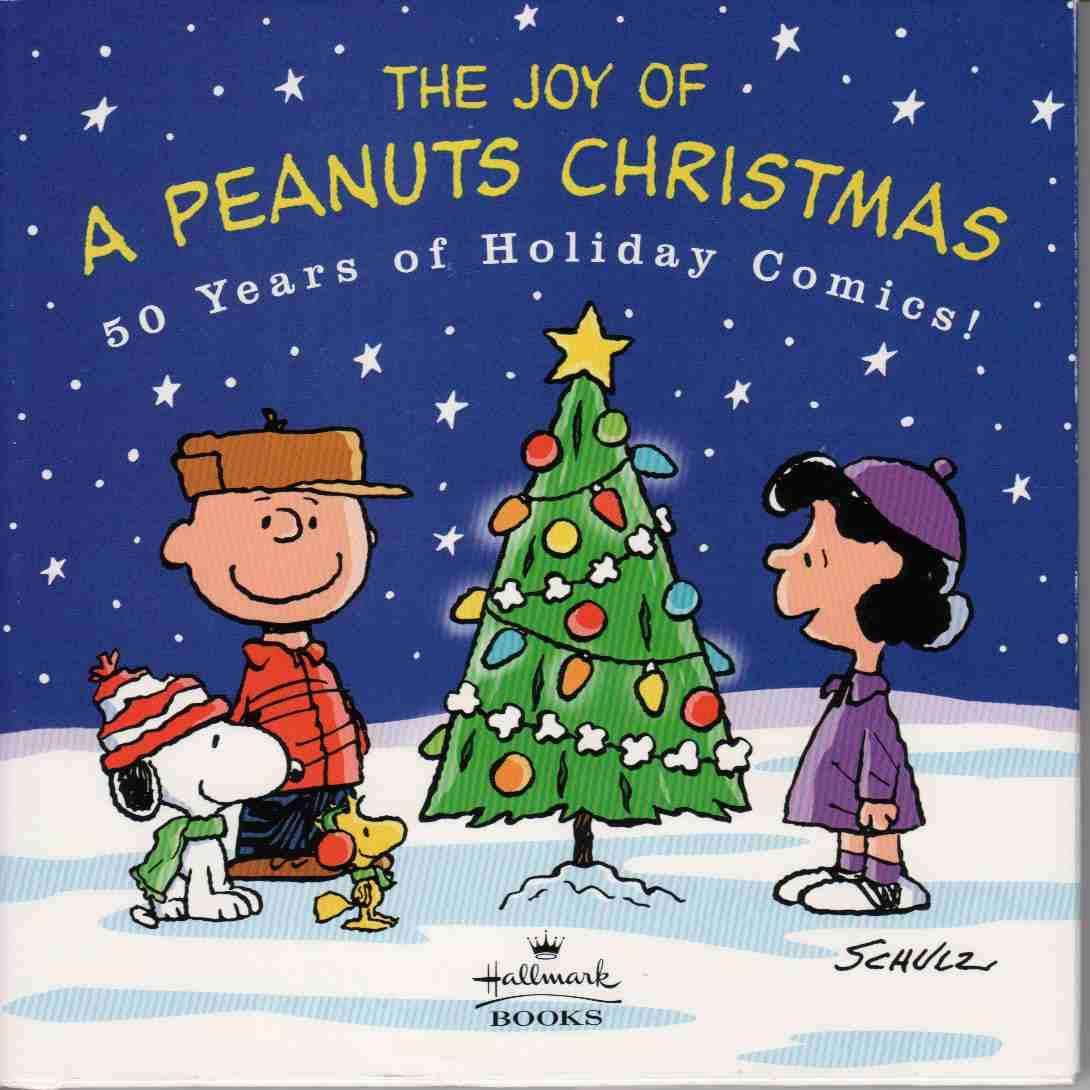 The Joy of a Peanuts Christmas is a collection of holiday-themed comic strips. Some are black-and-white, some are color. The book is divided into decades: 1950s, 1960s, 1970s, 1980s, and 1990s. The strips themselves are not in chronological order. Though strips that tell a continuing story are in order. Throughout the book, tribute is paid to each character: Charlie Brown, Pig-Pen, Lucy, Linus, Peppermint Patty, Sally, Woodstock, Schroeder, Snoopy, Marcie, Franklin, Spike.

I enjoyed this one very much. It felt very timeless. The characters didn't really change through the years. They remained in spirit very much the same which is one reason why I think it works so well.

Do I have a favorite character? Yes. Of course, I do. It's Linus!!! But I also love, love, love Snoopy.

Do I have a favorite comic strip? That would be harder to answer. There were so many I enjoyed within this collection.  I liked Charlie Brown making so many snowmen in the February 22, 1953, strip. I liked Pig-Pen's dirtiest snowman in the January 6, 1955, strip. Lucy isn't my favorite by any stretch, but the December 21, 1959 strip made me smile. I thought the strip from December 19, 1958, was funny but also a little sad at the same time. In it, Linus suggests addressing Santa as "Dear, O, Mighty One'. Though essentially, anytime Linus is writing Santa or thinking about writing Santa I enjoyed it. And then, of course, there are the strips of Linus preparing to be a shepherd for the play. Loved those! Sally is another favorite, though not perhaps as much as Linus and Snoopy. I loved her hanging up dozens of tiny stockings (1966). In 1978, Sally wrote a report about Santa and his RAIN GEAR. But one of my favorites stars both Snoopy and Sally. It's from November 28, 1995.

Do you have a favorite character?