This will be the last post for my George Strait Project. I thought I would make a few lists, answer a few questions, etc.

One word to describe George Strait's music: TIMELESS
Some phrases to describe his music: consistently high quality;  forever true to himself, true to tradition; western swing at its best! makes you want to sing and dance!
Was the project fun? Yes, for the most part.
Did I get tired of George by the end of July? More than I thought I would be. I thought it would be impossible to have too much George in your life.
Did I only listen to George Strait? That's how I started out the month. But by the end, I was ready for a little distance and some other artists to listen to.
Would I recommend this project for someone else? Yes. But I would suggest spreading it out throughout a six month or even a year period. You could cover two to three albums per month and get it done in a year.
Would I be interested in doing another chronological project? Yes, probably. I'm not sure WHO at this point. And it will probably not be any time soon. I am also not sure if I'd ever devote that many posts to music at Becky's Book Reviews. Though if it were to be a year-long project, one post per month wouldn't be seen as quite the invasion that George became!!! 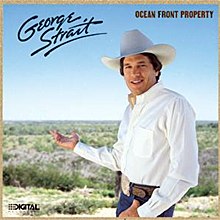 Which albums are MUSTS? If you were to only have TWO albums in your collection--say you have zero George Strait at the moment--then definitely 50 Number Ones (2004) and and 22 More Hits (2007). That would give you 72 of his best songs.
Favorite album from the 1980s? Probably Ocean Front Property. I really LOVE that one.
Favorite singles from the 1980s? Fool Hearted Memory, Amarillo by Morning, You Look So Good In Love, The Cowboy Rides Away, The Chair, Nobody In His Right Mind Would Have Left Her, Baby Blue, Ace in the Hole, Am I Blue, Famous Last Words of a Fool, Ocean Front Property, It Ain't Cool To Be Crazy About You, etc.
Favorite songs from the 1980s that were never released as singles? Friday Night Fever, 80 Proof Bottle of Tear Stopper, Dance Time in Texas, My Heart Won't Wander Very Far From You, You Can't Buy Your Way Out of the Blues... 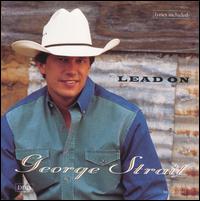 Favorite album from the 1990s? I don't think I could ever, ever, ever choose. I might could come up with a top three albums from the 1990s...Livin' It Up (1990); Lead On (1994); One Step at A Time (1998).
Favorite singles from the 1990s? You Know Me Better Than That; Easy Come, Easy Go; The Big One; Check Yes or No; Lead On; Blue Clear Sky; One Night at a Time; I Just Want To Dance With You; We Really Shouldn't Be Doing This; Write This Down.
Favorite songs from the 1990s never released as singles?  Someone Had to Teach You; She Loves Me (She Don't Love You); Is It Already Time; You're Right, I'm Wrong; Baby Your Baby; Stay Out My Arms; I Wasn't Fooling Around; Nobody Has To Get Hurt; That's Me (Every Chance I Get); Real Good Place to Start; That's Where I Want To Take Our Love; Always Never The Same.
Favorite album from the 2000s? I'm torn between Twang (2009) and Honkytonkville (2003).
Favorite singles from the 2000s? Don't Make Me Comve Over There and Love You, Troubadour, Twang.
Favorite songs from the 2000s that were never released as singles? Honk if You Honky Tonk, I Found Jesus on the Jailhouse Floor, She Used to Say That To Me, Texas Cookin', It Was Me, Where Have I Been All My Life
Favorite album from the 2010s? Cold Beer Conversation
Favorite singles from the 2010s? I Got A Car; Drinkin' Man; Here for a Good Time.
Favorite songs from the 2010s never released as singles? Three Nails and a Cross, I'll Always Remember You, It was Love, Take Me To Texas, It Takes All Kinds.


Country Music Is....
Can you identify which songs these lines are from?