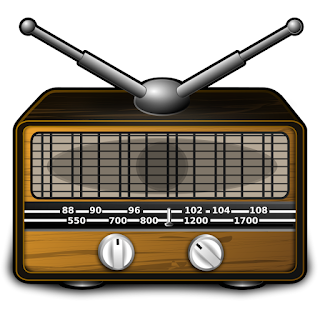 This is my first time to hear an audio of Persuasion, and for the record it is a RADIO DRAMA and not an unabridged audio book. I thought they did a GREAT job with the drama adaptation. It was enjoyable through and through.

Anne Elliot is the heroine of Persuasion. If you haven't read Persuasion before let me add this, please, don't expect Anne to be Elizabeth Bennet. Just don't. You'll be happier for letting Anne be Anne and not comparing her to Elizabeth, Emma, Elinor, Marianne, Catherine, or Fanny. Plenty of people misunderstand Anne--the top offenders being her very own family--I don't want you to be one of them. Don't let her family persuade you that Anne is someone to easily dismiss, a nobody.

As I was saying, Anne is the heroine of Persuasion. Eight years before the novel opens, Anne fell in love. It was a forever-love. She wanted to marry Frederick Wentworth. He wanted to marry her too. They loved each other very much. But he had no way to support her. It wasn't just that he couldn't support her in style. Her family disapproved. Her friends disapproved. Long story short, the engagement was broken off. Persuasion is all about her second chance. When Anne and Captain Wentworth meet again, eight years later, can these two come together and make it work, can they have their happily ever after? That is the very simplified version, I suppose! Austen being Austen, there are plenty of characters and stories introduced in Persuasion. It is a very enjoyable read. In places, it is quite giddy-making.

Do you have a favorite Austen hero? Captain Wentworth is perhaps one of the strongest Austen heroes. Of course, everyone is familiar with Darcy. But Wentworth has his fans as well! Perhaps in large part due to his letter to Anne:

I can listen no longer in silence. I must speak to you by such means as are within my reach. You pierce my soul. I am half agony, half hope. Tell me not that I am too late, that such precious feelings are gone forever. I offer myself to you again with a heart even more your own than when you almost broke it eight years and a half ago. Dare not say that a man forgets sooner than woman, that his love has an earlier death. I have loved none but you. Unjust I may have been, weak and resentful I have been, but never inconstant. You alone have brought me to Bath. For you alone I think and plan. (234)


Excepting one short period of her life, she had never, since the age of fourteen, never since the loss of her dear mother, known the happiness of being listened to, or encouraged by any just appreciation or real taste.

No, it was not regret which made Anne’s heart beat in spite of herself, and brought the colour into her cheeks when she thought of Captain Wentworth unshackled and free. She had some feelings which she was ashamed to investigate. They were too much like joy, senseless joy!

She hoped to be wise and reasonable in time; but alas! alas! she must confess to herself that she was not wise yet.