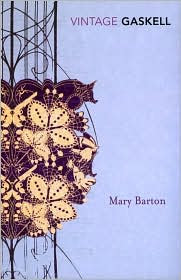 There are some fields near Manchester, well known to the inhabitants as 'Green Heys Fields,' through which runs a public footpath to a little village about two miles distant. In spite of these fields being flat and low, nay, in spite of the want of wood (the great and usual recommendation of level tracts of land), there is a charm about them which strikes even the inhabitant of a mountainous district, who sees and feels the effect of contrast in these common-place but thoroughly rural fields, with the busy, bustling manufacturing town, he left but half an hour ago.

Jem Wilson has always only loved Mary Barton. He may not be rich. He may not live in a grand house. But his heart and soul have belonged to Mary Barton. And there's nothing he wouldn't do for the love of his life. Even if he feels that love is unrequited.

On the day he proposed, Mary Barton refused him thoroughly. And, to poor Jem, it seemed rather cruel, heartless, and final. He dramatically declares:

'And is this the end of all my hopes and fears? the end of my life, I may say, for it is the end of all worth living for!' His agitation rose and carried him into passion. 'Mary! you'll hear, may be, of me as a drunkard, and may be as a thief, and may be as a murderer. Remember! when all are speaking ill of me, you will have no right to blame me, for it's your cruelty that will have made me what I feel I shall become.' (175)

But even though he'll never have Mary as his wife, when Mary's aunt, Esther, asks him to watch out for her, to take care of her, he can't quite refuse. You see, Esther fears for Mary. Fears that Mary Barton is in love with a dangerous man, a rich man who is out to seduce her. His rival's name is Harry Carson. And he seems to have it all. But his luck is about to run out.

Mary Barton was Elizabeth Gaskell's first novel. And it's so much more than a suspenseful love story. (Despite my description, this one is told mainly through the eyes of Mary Barton. Though at times it is told from other perspectives. John Barton, Mary's father, plays a large role in this one.) It's a novel about social class and economics. Of the haves and the have-nots. The Bartons and the Wilsons and almost everyone else of note in the novel are living at the poverty level. Below it more like it. Death from starvation, death by disease, these are very real concerns. Life isn't easy or pretty. It's one hardship after another after another. (It's enough to get you down and keep you down.) John Barton takes these losses poorly. He becomes angry and bitter. He blames the rich for all his problems. Is his anger justified? You be the judge!

One of the strengths of the novel is characterization. We meet Mary Barton, her family, her friends, her community. We meet so many different characters. Characters that are so easy to care about. (For example, Job Legh, Margaret Jennings, and Will Wilson. I particularly enjoyed Job!) All her characters have depth and substance. It's a very human book. The novel is also rich in detail and is very atmospheric.

What I wasn't expecting--and you may not be expecting either--was how rich this one was spiritually. It has some definite spiritual tones and by the end especially its rich spiritual significance really stands out. Something you don't find in just any classic.

I'm happy to be a part of the Elizabeth Gaskell blog tour. To see the rest of the bloggers on tour, visit The Classics Circuit! This was not my first time reading Elizabeth Gaskell. I've also read and reviewed Wives and Daughters and Cranford.

© Becky Laney of Becky's Book Reviews
Posted by Becky at 10:27 AM

Good review. I've never read any Gaskell and this one sounds quite interesting. Thanks!

Doesn't Jem turn out to be a gem? I ended up really liking him. I thought this was a really interesting book, and found the character of John Barton the most complex.

>What I wasn't expecting--and you may not be expecting either--was how rich this one was spiritually.

That's an interesting comment. I remarked to someone recently how Austen's works never mention prayer or anything religious or spiritual other than routinely going to church. Gaskell's characters, on the other hand, are fervent in the prayers. Different era, different writer, but interesting nonetheless.

My favourite character in the book is John Barton, he is the most complex and the one most deeply analysed by Gaskell. MARY BARTON was the first novel I read and studied by Gaskell and I now love teaching passages from it to my students. Thanks for this good review Becky!

So, you've read "Mary Barton", "Wives and Daughters", and "Cranford"? Please tell me that you have read "North and South" too. If not, you MUST read it AND see the BBC production! Both of them are wonderful.

I'm actually surprised at how distant the characters seem. Although we are right there with them, I still feel like there is a distance between us. And it's almost a little too melodramatic, but I'm hoping I keep enjoying it. I love Gaskell's prose and descriptions and while (so far) I still enjoy North and South better, this is still good!

Thanks for joining the Circuit!

This looks so good! I've read North and South (and watched the mini series) but I didn't know much about this book. This review makes me really excited about it-I hope I'll get to it soon.

I also read Gaskell's novel North and South. Gaskell got the idea for the title from Charles Dickens. The novel was slow and the ending abrupt (I believe Gaskell died before finishing it and the ending was written by someone else). I've never read Mary Barton, but your review makes it sound promising.