Recently I watched the 1940 adaptation of Pride and Prejudice. Though adaptation may not be quite the best word for it! This is the second time I've seen this black and white film, and my impressions have changed a bit since the first time. For the better, I think.

I think I'll start with what I didn't like first. The biggest issue I have with this film is the costuming. Elizabeth Bennet and her sisters should not be dressed like Scarlett O'Hara. Pride and Prejudice was published in the Regency period, and it's only natural to imagine Jane, Elizabeth, Mary, Kitty, Lydia, etc. dressing from that time period. (Though I could see if film-makers wanted to set it in the previous decade of the 1790s).The costumes used in this film are lovely--if the film was set a couple of decades later. But these costumes are just 'generic' nineteenth-century.

The music is lovely. The sets are great. The dialogue works, for the most part. While I did notice that this abridgment takes away many, many, many scenes from the book. ( A few of things missing from this adaptation are the visit to Pemberley, Elizabeth meeting with Georgiana, and the letter from Darcy to Elizabeth confessing all.) It adds more than a few new scenes to the story. Like Darcy and Elizabeth doing archery together. Like Darcy's conversation with Lady Catherine. And these scenes, while not original, add something charming to the story. ESPECIALLY Darcy's conversation with his aunt!!!

The pacing. This is a very fast-paced movie! I think it's a purposeful rushing. Take the opening scene where Mrs. Bennet and her daughters are in town shopping when they hear the news that there's a new bachelor in town. The way they all RUSH through their errand and RACE home--actually RACE home in order to get Mr. Bennet to go visiting their new neighbor is just hilarious. I mean, you can see why the Bennet women might be known as being so very, very silly. There are other scenes in the movie that make this more a COMEDY than a drama. The romance is still there--the romance between Elizabeth and Darcy gets ALL the attention. (Jane appears to be only slightly more sensible than her sisters. Then again, Charles Bingley doesn't come across all that sensible either!) There is something to be said for this one as a comedy. I mean that is definitely ONE way the novel could be interpreted. There are some naturally silly things in it. 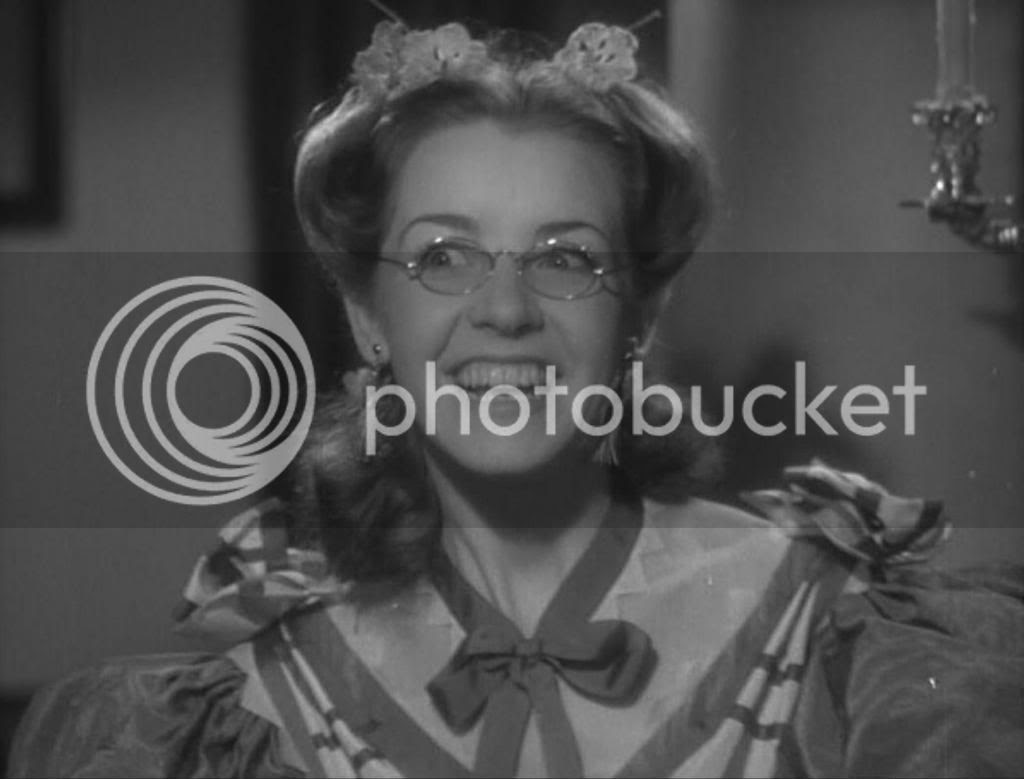 The characters. Did I like this Elizabeth? Yes, I did. I liked her very much. Did I like this Darcy? Yes! He didn't seem all that moody in this one. His interest was practically evident after their first meeting. And it does look like he purposefully visited his aunt just so he could see Elizabeth again. The romance between these two is evident--in a good way! I mean these two make a great couple together on screen. And so it was enjoyable to see their scenes together.

Now, there are two characters that I just LOVE AND ADORE from this version. One is Mary Bennet. The other is Lady Catherine. Both of these shine and sparkle in this film!!! This version of Mary has to be my absolute favorite Mary ever. And the same goes with Lady Catherine. I just love, love, love her scenes!!! Especially the changes made to her character. Especially her final scene with Darcy!

She is tolerable
Darcy and Elizabeth have some flirting time together before her family's silliness gets in the way
The archery scene
See how tender Darcy is with her, how kind
Darcy's first proposal
Lady Catherine visits Elizabeth

Have you seen this movie? What did you think? Did you like the changes they made to the story and the characters? Or do you think that Austen needs no improving?