Mini-Reviews for January and February 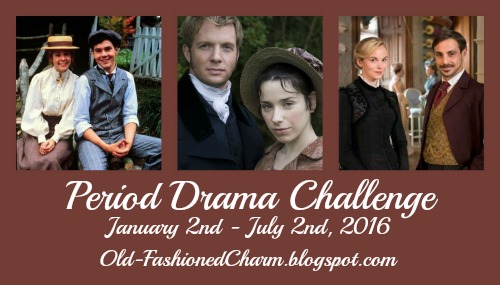 What I Watched in January 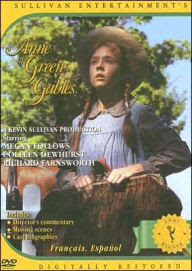 I plan on rereading all the Anne series this year. And I'll be watching the first TWO Anne movies. Or, in other words, the only two Anne movies in this series that actually exist. (Don't try telling me there are two more in the series. I won't listen.) I first watched this series in the late 80s. It was LOVE. Serious, love. I have been swooning over Gilbert Blythe for almost as long as I can remember. Almost. I do think this adaptation is quite good. Not that it's 100% faithful in every single detail. I noticed that this past time because I'd just finished the book the day before. But I think it is faithful in spirit to the book. 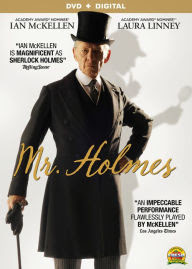 I enjoyed this one. I do think that it should come with a message for viewers: YOU CAN BREATHE. THIS MOVIE DOES NOT KILL OFF SHERLOCK HOLMES. I can't honestly decide if this is a "love" or a "like" for me. But it held my attention, and, I found it charming. Though charming isn't quite the right word for it. I liked the developing friendship between Sherlock and the housekeeper's young son. It was an interesting framework and premise. I'd recommend it. 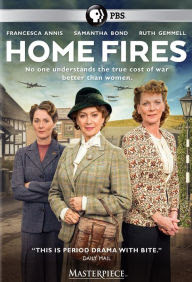 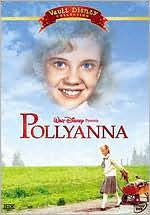 Ever since reading the book, I have a hard time doing much more than "liking" the movie. I need to find the movie adaptation I do remember liking and giving it a try next.

January Tag Questions:
1. What period dramas did you view in January? Pollyanna, Home Fires, Mr. Holmes, and Anne of Green Gables
2. What is your favorite Charles Dickens film adaptation? Our Mutual Friend, I think. Though I enjoyed Bleak House and Little Dorrit too.
3. Would you rather visit Pemberley (Mr. Darcy's residence) or Downton Abbey (Crawley family residence)? Why? Pemberley.
4. If you could be any character in a Jane Austen novel for a whole day who would you be and why would you want to be that character? Probably Anne.
5. What period dramas are you looking forward to viewing in February 2016? Downton Abbey!
What I Watched in February 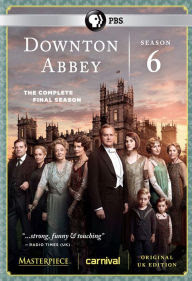 I have been watching Downton Abbey for several years now. I think the third season was getting ready to air when I began the show. One thing I know is that I do better binge-watching Downton Abbey than I do watching it as it airs one episode at a time. This is also a show that when I'm in the middle of watching I tend to think is amazing and wonderful and gush-worthy, and then in the long-long months waiting months between seasons, dare I admit that I forget it almost completely? I don't think I'll be forgetting season six anytime soon, though!!!! What a FANTASTIC end to a sometimes great, sometimes frustrating series!!!! I was really so pleased with how things ended up for all the characters.

1. What period dramas did you view in February? Downton Abbey; I also viewed the first episode of When Calls The Heart, season three, but would prefer to review it as a whole season than as an individual episode. I also started Dr. Quinn, season one, but didn't finish it up until March. So I'll be writing a review of it in its own post.
2. What is your favorite period drama musical? So hard!!!! The Music Man, maybe. I adore that one. But then again there is Sound of Music. And then there's The King and I...or My Fair Lady...or Seven Brides for Seven Brothers. How could I possibly pick a favorite????
3. If you could order up an adaptation of your favorite classic book, what would it be and who would star? I'd love to see GEORGETTE HEYER get adapted. I'm not sure which I'd like to see adapted first...but my guess is that if one was adapted....there would be a demand for even more!
4. If you could be a famous royal from history, who would you be and why? I'm not sure I'd want to be royal! Being royal often came at the cost of personal happiness. But I like to read about royals :)
5. What period dramas are you looking forward to viewing in March 2016? I have Far From the Madding Crowd checked out and then there is the second Anne movie coming up soon.

Nice review! I read that you hate the theme song of Home Fires. I personally like it as a piece of music on its own, but as a theme song its maybe a bit much, especially for such a 'simple' series!