King of the Creeps

About the author: Steven Banks makes his debut as a novelist with King of the Creeps. He also wrote and starred in the award-winning and critically acclaimed one-man show Home Entertainment Center on Showtime and his own national series, The Steven Banks Show, on PBS. He was head writer on SpongeBob SquarePants and has appeared in numerous films, TV shows, and stage productions. He is a graduate of Ringling Bros. and Barnum & Bailey Clown College. He is married, with two sons, and lives in Glendale, California. He knows twenty-eight guitar chords.
Steven Banks on Wikipedia

It all began the day I was going to jump off the George Washington Bridge. I had a good reason. I was seventeen years old. At seventeen everybody has at least one reason. I had about a hundred and forty. I was short. I was skinny. I had frizzy hair. I had a big nose. I was a creep. How much worse could it get? Much worse. I had to get glasses. The day this all started I went to the optometrist for my first pair of glasses. The doctor was this big smiley guy, and when he put the glasses on me for the first time he said, "Now, I bet that's an improvement!" What did he think he was doing? Entering me in the 1963 Creep of the Year contest? Did he think glasses would improve my chances of winning? As I was leaving, the doctor was still smiling, and he patted me on the shoulder and said, "Tommy, you're going to love your new glasses." For a doctor, he was pretty stupid. Nobody loved their glasses. I hated mine. They were the ugliest glasses in the world. Big, black, thick ones that made me look worse than before. But, I have to admit, I could see a lot better. p. 1-2

For Tom Johnson, who looks like Silly Sammy, life is not easy. He wants what he can't have: girls and popularity. The worst thing about being a creep is that girls don't go out with creeps. EVER. The only kind of girls that go out with creeps are dogs. And who wanted to go out with a dog? I mean, even creeps have standards. So, I was a creep and I had standards, and I had no experience with any kind of girl. None. I had never dated a girl. I had never kissed a girl. I had never even held hands with a girl (3). His problems go from bad to worse the day he goes back to school from his eye exam to tell a badly timed joke about President Kennedy AND to raise the flag that the clumsy, stupid flag monitor had allowed to fall to half-mast. Yes, the girl he's trying to tell the joke to punches him, breaks his glasses, and the principal--or someone in authority--yells at him for disrespect. (From their perspective Tom is either hideously stupid with a wicked sense of humor, or the more obvious choice which the cast of characters at this school are too oblivious to--he just hasn't heard the news yet that President Kennedy has been shot and killed. I don't know why the adult in the situation would automatically assume the worst. But then again, perhaps he's not involved enough to know that the kid has been off-campus most of the day.) 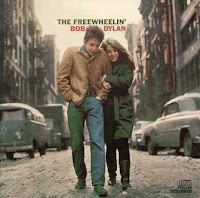 Merrily on his way to end his life, Tom passes a record store. What he sees changes everything. There it is right in front of him. The answer to everything. Bob Dylan. It was a record album with a yellow sign above it that said ON SALE $1.98. On the cover of the album was a picture of a guy and girl walking down the middle of the street. It looked like it was in New York City. There were old buildings on either side with fire escapes and there was some snow in the street. The guy had his hands in his front pockets and she was holding on to his arm and kind of hugging him. The girl was really pretty. She looked a little bit like Janie Workman. She had long, light brown hair hanging down past her shoulders. You could tell just from looking at her that she smelled really nice. She was smiling and happy, like the guy had just told her a really funny story or a joke or something. You could tell that she was madly in love with this guy, and she was holding on to him like she'd never let him go.. She looked like she was the happiest girl in the world. And then I looked at the guy. He was short. He was skinny. His hair was frizzy. He kind of had a big nose. HE WAS A CREEP! (24-25).

Now his job is clear. To get the girl. To win the fame. He needs to be a folk singer. To be a folk singer all he needs is a cheap guitar. So with a firm and tangible goal he is on his way to success. This New Jersey boy has a dream. And the dream involves him going to New York City for the weekend. 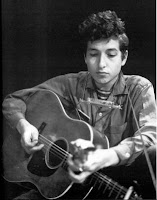 The good and bad news of KING OF THE CREEPS is that it reads like a sitcom. First the good aspects: it is a light, entertaining read. It blends comedy--sometimes horrifically embarrassing comedy (embarrassing for the narrator that is)--with some of the more tender emotions of teen life. He wants you to laugh--and laugh hard--but not at the expense of feeling for his character. He wants his character Tom to be an all-around likeable guy. The bad aspects, this reader felt trapped in a twenty-three minute sitcom. Everything was predictable. Everything happened on cue. It resolved really easily. And it wasn't just easy--it was fantasy easy. It was a leave no problem unresolved, let's make this kid's every dream come true type of ending. It's the kind that anyone and everyone can sense as not only unrealistic but phony as well. It dripped in corniness. To be fair, perhaps I'm a harsher judge than some of its readers will be. If you had asked me the question do you like happy and resolved endings in books I would probably have answered yes--but only to a certain extent. You see for an ending to be good...to be satisfying...it has to be natural. Sometimes that means unanswered questions. Sometimes that means sadness and heartache--not every guy is going to get the girl and vice versa. (Sometimes parents or grandparents die). Sometimes that means the characters don't know where they're going but they've got just an ounce of hope to help them on their way. Those endings all work for me. The ending of King of Creeps was the most unrealistic, corny, unnatural ending of all time. What would have made a better ending? Him waking up and realizing it was all a dream.

Amazon has two reviews (School Library Journal, Booklist) that you might be interested in reading as well.
Posted by Becky at 9:25 AM