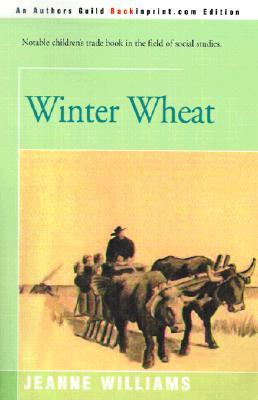 First sentence: It was hard to guess where the thatch of the sod house ended and the prairie began.

Premise/plot: Set in 1874, it stars a Mennonite family living on the prairie in Kansas. Cobie, our heroine and narrator, is sixteen. She is the second oldest daughter--there are five daughters now in the family. Her sister, Rebecca, gets all the attention as oldest. Cobie wishes for a certain neighbor--a school teacher fluent in German and English--would notice her--choose her. This novel chronicles their first year in America, in Kansas, farming--for better or worse. There's some tension between the old and the new, the known and unknown. For example, should the Mennonites (multiple families came over from Russia together) learn English and become American citizens? Or should they continue to mainly and exclusively speak German and NOT become citizens. How much--if at all--should they interact with their non-Mennonite neighbors?

It has just about what you'd expect in a prairie book: wild fires, grasshoppers, and more oh my!

My thoughts: I bought this book for my mom a few years ago. It looked like her kind of book. It did. When she was recently going through her stacks, she found it and decided to read it. She read it in one sitting. She was enthusiastic about the book. She kept telling me how wonderful it was. I asked her a few questions before making the decision if I'd read it or not...

Does anyone commit suicide? (I asked this because of O Pioneers which has really made me distrustful).

Does anyone freeze to death?

Does anyone avoid freezing to death by cutting into a horse or oxen and climbing inside with their guts?

Does anyone burn to death?

No to all the above. So I decided to read it.

I wish I could say that I loved, loved, loved it as much as my mom. But I just didn't see what she saw. I liked it well enough. I didn't dislike the characters--well, maybe with the exception of the oldest daughter, Rebecca--and the story was mostly okay. (There was one more question I should have asked about....) But it wasn't a wow read for me. It ended where it should have began maybe?

Note: The reviews on GoodReads are CONFUSING because apparently there's another book with the title Winter Wheat by another author. That book apparently stars a SCHOOL TEACHER IN MONTANA. I almost wish I'd read that one instead. I do wish that GoodReads wouldn't mash books together just because the titles are the same.

I can recommend the Other Winter Wheat. I read it many years ago and it has remained with me. I think its time for a reread!