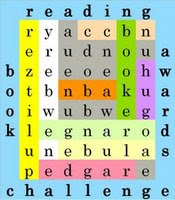 Book Awards Challenge
Read any 12 award-winning books from July 1, 2007 through June 30, 2008. Please look on the sidebar for eligible books from the Pulitzer, Booker, etc. prize lists. Also feel free to pick non-fiction books or other prize winners not listed.

In no particular order: