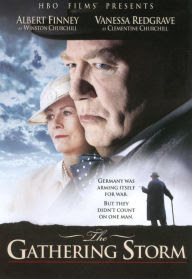 The Gathering Storm is set in the 1930s. Winston Churchill is viewed by his contemporaries as past his prime, irrelevant, out of fashion, a bore. But Churchill sees danger coming. He fears Nazi Germany; he fears that his country is ignoring plain evidence that Germany is preparing for war. He wants to wake his country up. But what he needs are facts, facts, more facts. He needs proof of what Germany is doing. He needs a fact smuggler, someone from within the government who will share information with him. His speeches become more informed, weightier. He is now being heard. He may not be any more popular than before. But he can't be ignored or dismissed. The movie ends with Britain at war and Churchill appointed First Lord of the Admiralty.

Ralph Wigram's character is essential in the movie. He is the government worker (Foreign Office) who smuggles documents to Winston Churchill. He shared Churchill's concerns about Adolf Hitler. In fact, he may have been even more anxious and frightened. I think one of the saddest things about the movie is his end. The movie certainly hints that he committed suicide because he was so depressed and anxious about the coming war.

Viewers also see Wigram as a husband and father. His scenes with his child are particularly touching.

Is the movie accurate to history? I'm not qualified to answer that. But I think things may have been compressed quite a bit! For example, I don't remember that many minutes passing between the funeral scene for Wigram and Churchill's appointment as the First Lord of the Admiral. But according to wikipedia, Wigram died in December 1936, and Churchill was appointed in September 1939.

In addition, I think the film simplifies the politics a LOT.

Would I recommend this one? Yes and no. I'll start with the no. It has some nudity. Mainly Churchill in the bathroom. I don't think viewers ever need to see anyone--even from the back--going to the bathroom. There's also some tub scenes. But these scenes are mostly negligible in comparison to the profanity. If you're sensitive to what your eyes see and your ears hear--as the song goes--then the strong language in this one may prove too unsettling.

Now for the yes. I think this one is well-paced and has great tension and drama. Both Clementine and Winston come across as very, very, very human and quite fallible. 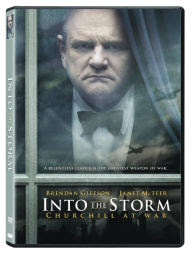 This 'sequel' to The Gathering Storm suffers a bit. I think the main weakness, as I see it, is that the narrative is nonlinear. It jumps back and forth in time A LOT. Viewers first see the Churchill family on vacation AFTER the war in Europe is over. Election results have yet to be announced, and, Churchill is super-super-super cranky. Viewers have to look for visual clues to know if any given scene is "past" (any time during the war, dates are almost always on the fuzzy end) or "present" (July 1945).

So before viewers even see him become prime minister, viewers see him worry about losing the position as prime minister. I'd be curious as to why they chose this narrative format to tell the story of the war. It doesn't really add any tension or drama to the film. And, if anything, adds confusion and keeps the pace from ever getting started.

The movie surprisingly lacks intensity and drama. One would think that the story would be even more compelling than the first one. But that is so far from the truth! Churchill delivers great speeches, it is true. But most of the movie is either him dictating speeches to secretaries, editing his speeches, delivering his speeches, or in conference with others (leaders, politicians, diplomats, etc.).

My favorite scenes were those between Churchill and King George VI.

The movie also has a lot of profanity.