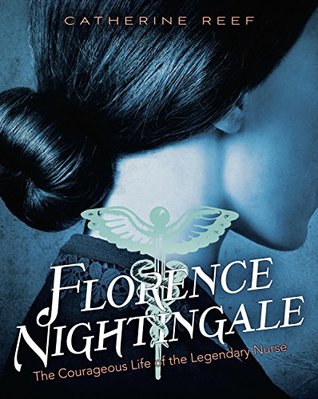 First sentence: Things happening at night had the look of old paintings.

At the time she was growing up, nurses were held in little respect. Nurses were held to have few morals--be drunkards and prostitutes. Nurses also did not have to be trained professionals. So to say her parents were shocked or disappointed or frustrated with their daughter would be on target. Florence didn't want what other young women wanted; her interests were her own. Though her parents didn't always accept her, there were other adults in her life who did; there were those who encouraged her and enabled her, in fact, to pursue a career in nursing. (She received training in a nursing school in Germany).

One relationship that stayed rocky for decades was her relationship with her sister. Those two did not get along, and her sister really did not understand why her sister had to be so weird. There were times these two seemed allergic to one another's company.

There was a LOT of name dropping in this one. Even before she became THE FAMOUS FLORENCE NIGHTINGALE of Crimean war fame, she met some famous or would-be-famous Victorians. And Victorians being Victorians, there are diaries and letters about such meetings and impressions.

My thoughts: I liked this one. I didn't love it. Perhaps I'm just more interested in Queen Victoria? Perhaps it was just bad timing on my part. I am glad I read it. I don't regret my time. It just didn't captivate or fascinate me.

If Catherine Reef would like to write more books about Victorians, I can think of a few suggestions: George Eliot, Elizabeth Gaskell, Margaret Oliphant, Mary Elizabeth Braddon, Ada Lovelace, to name a few.

OR possibly Fanny Burney, Maria Edgeworth, or Mary Shelley if you opened up the field.

I have a soft spot for Florence Nightingale because we share a birthday.