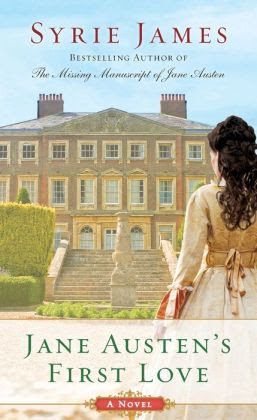 1791. Summer of 1791. Jane and Cassandra travel to meet their brother Edward's fiancee, Elizabeth Bridges, and her family. (Several other family members go as well. The mother, but, not the father. Another brother, Charles, I believe. But the focus is mostly on Jane and Cassandra). Jane is just fifteen, she's not "out" yet. Her sister is a year or two older and is. Part of what makes this trip special, is that Jane is to be allowed certain privileges. She'll be allowed to go to dances and balls. She'll be allowed to powder her hair, etc. Most--if not all--the events will be family and friends. (Bringing together multiple families. Several of the Bridges' sisters are engaged to be married. All the engagements are being celebrated. There will be plenty of people there.)

On their trip, they happen to meet--quite dramatically--a young man named Edward Taylor. (He happens to be a neighbor, I believe.) Jane becomes smitten with him. He enjoys being with her, but, there aren't any OBVIOUS signs that he's madly, deeply in forever-and-ever-love with her. She may hope that he is "the one." But he is sixteen and not anywhere close to proposing marriage to anyone, no matter how lively, witty, charming, talented, beautiful, etc. Does Jane hope he is the one? The fictional, Jane, I mean? Perhaps. Perhaps not. Without a doubt, Jane enjoys herself tremendously, and finds time with him thrilling.

One of the main plots surrounds the Bridges' sisters: Fanny, Elizabeth, and Sophia. They are all older than Jane. They are all of the courting age. Elizabeth and Fanny are engaged. Sophia is close to an engagement as well. Jane is watching; watching carefully, closely, analyzing and taking notes. Jane's observations lead her to believe that the sisters are mismatched! Readers meet a young Jane, an opinionated Jane, who is enjoying the idea of love, of falling in love, of finding love. What does she know of LOVE? What does she know of what makes two people compatible? It's interesting!

I also enjoyed how readers get a behind-the-scenes glimpse of Jane writing The Three Sisters. I would say that readers should take the time to read this little story on their own before, during, or after the novel.

I enjoyed this novel too--it was fun, believable, and interesting.

Glad you liked it too!

Becky, this sounds like a fun book. Thanks for your lovely and honest review.

Thanks for your review, I am hoping to start reading this story over Christmas.

Strawberry picking? What fun!! So want to know what happens in this book :) Got it on my wishlist.

Thank you for your wonderful review! I've got Jane Austen's First Love on my Wish List. :)

Never read The three sisters, I'll look for it as soon as possible!

Thank you for the honest and insightful review. I enjoyed it.

Nice review. I liked seeing Jane as a matchmaker

This sounds like not only an interesting read, but quite a fun one. skamper25 (at) gmail (dot) com

Wouldn't you just love to be a guest at one of these house parties?

Most Austen spin-offs are about her characters, so it intrigues me that this one is actually about Jane!

I enjoyed reading your review! This sounds like a really intriging read.

I had not read the novel at the date of my tour post but now that I have I agree with your thoughts. For me it was a vacation book and it did not disappoint. In fact I left it behind with the hotel staff that was drooling everyday I was in the lobby reading.

That has become such a fun tradition for me at the end of a vacation. I hope this holiday blog tour with Syrie James becomes another one.

looking forward to reading this book

I am really looking forward to this new book about one of my favorite authors, from a favorite country.

I've actually never read the Three Sisters - I'll have to add it to my holiday reading. Thanks for review!

This book looks great and I would love to win.
dez3b at yahoo dot com

Thank you so much, Becky, for your review, and for being part of the Jane Austen's First Love Holiday Blog Tour.

I wish you the happiest of holidays!

How fun a fifteen year old Jane. It sounds like a wonderful book!