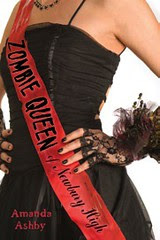 Prom meets zombies in this hilarious romantic tale from a new YA author!

Quiet, unpopular, non-cheerleading Mia is blissfully happy. She is dating super hot football god Rob, and he actually likes her and asked her to prom! Enter Samantha—cheerleading goddess and miss popularity— who starts making a move for Rob. With prom in a few days, Mia needs to act fast. So she turns to her best friend, Candice, and decides to do a love spell on Rob. Unfortunately, she ends up inflicting a zombie virus onto her whole class, making herself their leader! At first she is flattered that everyone is treating her like a queen. But then zombie hunter hottie Chase explains they are actually fattening her up, because in a few days, Mia will be the first course in their new diet. She’s sure she and Chase can figure something out, but she suggests that no one wear white to prom, because things could getvery messy. 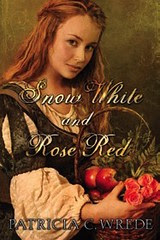 The classic fairy tale—set in Edwardian England
Snow White and Rose Red live on the edge of the forest that conceals the elusive border of Faerie. They know enough about Faerie lands and mortal magic to be concerned when they find two human sorcerers setting spells near the border. And when
the kindly, intelligent black bear wanders into their cottage some months later, they realize the connection between his plight and the sorcery they saw in the forest. This romantic version of the classic fairy tale features an updated introduction by its editor, Terri Windling. 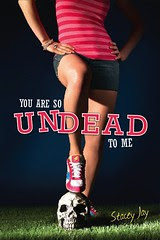 You Are So Undead To Me by Stacey Jay (March)

Megan Berry’s social life is so dead. Literally. Fifteen-year-old Megan Berry is a Zombie Settler by birth, which means she’s part-time shrink to a bunch of dead people with a whole lot of issues. All Megan wants is to be normal—and go to homecoming, of course. Unfortunately, it’s a little difficult when your dates keep getting interrupted by a bunch of slobbering Undead. Things are about to get even more complicated for Megan. Someone in school is using black magic to turn average, angsty Undead into flesh-eating Zombies, and it’s looking like homecoming will turn out to be a very different kind of party—the bloody kind. Megan must stop the Zombie apocalypse descending on Carol, Arkansas. Her life—and more importantly, homecoming—depends on it.

I didn't know about the Snow White book. It looks interesting. I love historicals the best. Glad I found your site. My debut novel, "Promised Blessings" will be out May 2010. It's a Scottish Medieval. Seems like it is so far away.

Snow White and Rose Red sounds interesting. I just read a book by Terri Windling, The Wood Wife which was so good. Anything Terri Windling puts her stamp on must be great!
PS: I LOVE, LOVE, LOVE, your page design. This is so cool :)

"Snow White and Rose Red" is a book I really want to read - it's one of my favourite fairy tales and I've read books by Patricia C Wrede before. Have you read "Dealing with Dragons"? It's great fun! L.

Awesome, great book reviews. I'll definitely have to drop by again when I'm in need of a book to read!