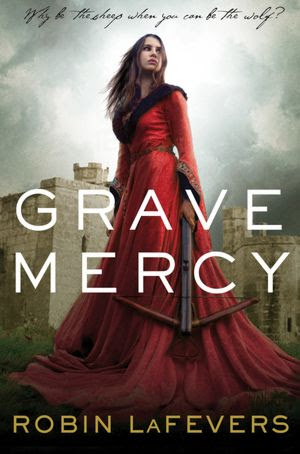 Brittany 1485
I bear a deep red stain that runs from my left shoulder down to my right hip, a trail left by the herbwitch’s poison that my mother used to try to expel me from her womb. That I survived, according to the herbwitch, is no miracle but a sign I have been sired by the god of death himself.
I am told my father flew into a rage and raised his hand to my mother even as she lay weak and bleeding on the birthing bed. Until the herbwitch pointed out to him that if my mother had lain with the god of death, surely He would not stand idly by while my father beat her.
I risk a glance up at my husband-to-be, Guillo, and wonder if my father has told him of my lineage. I am guessing not, for who would pay three silver coins for what I am? Besides, Guillo looks far too placid to know of my true nature. If my father has tricked him, it will not bode well for our union. That we are being married in Guillo’s cottage rather than a church further adds to my unease.
I feel my father’s heavy gaze upon me and look up. The triumph in his eyes frightens me, for if he has triumphed, then I have surely lost in some way I do not yet understand. Even so, I smile, wanting to convince him I am happy—for there is nothing that upsets him more than my happiness.

Wow. If you're looking for two words: assassin nuns. Of course, our heroine, Ismae isn't a nun in the Catholic church. No, she's in a special nunnery, the nuns live to serve Death whom they call St. Mortain, and she's received very special training. They've taught her to kill, to be an assassin. The nuns are loyal to the Duchess of Brittany, and the victims are often her political enemies--foreign or domestic--those that pose the greatest threat to Brittany's independence.

While we do see her first few jobs carried out, most of the novel focuses on one job in particular. The abbess wants her to team up with Duval, the Duchess' older brother and her most trusted friend and advisor. She's to pose as his mistress, and travel with him to the Duchess' household. There she will "help him" find any possible traitors. He doesn't exactly trust her, he knows exactly what she's capable of, and who she serves. He knows that if given orders, she'd kill him to please her Lord. She doesn't exactly trust him either. Though the marque hasn't appeared on him yet--the special sign or symbol that she sees on her victims before they're killed--she knows that he could be lying to her, that his loyalty to the Duchess could be an act. But both know that it is of the utmost importance to protect the Duchess, and to find any traitors and uncover any conspiracies, if that means working together, so be it. Of course, this means spending a LOT of time with one another...

...the time will come when Ismae must choose who to trust and who to believe...

This one probably won't please every reader. Some may not be able to get past the premise of old or ancient religions continuing to exist under the guise of Christianity. And this one isn't squeaky clean. For those that have no tolerance whatsoever when it comes to sensuality. (I would consider it mild up until the very end when their relationship changes.) But. For those that can, well, this is one COMPELLING read. My favorite character happens to be Duval. I just LOVED him. I did. He was such a swoon-worthy hero!!! And our heroine, Ismae, is quite strong and resourceful. I loved the drama. I loved the history. I loved seeing the court life and family drama play out. I enjoyed the setting, the characters, the writing. It worked really well for me.


"Are you drunk?" I try to put as much scorn into my words as he did.
"No. Yes. Perhaps a little. Definitely not enough." The bleakness is back and he turns to stare into the flames.
I am torn between wanting to leave him to wallow in his despair and wanting to rush to his side and chase that look from his eyes. That I long to do this appalls me, sets panic fluttering against my ribs.
"I suggest you return to your room," Duval says, his gaze still fixed woodenly on the fire. "Unless you have come to practice your lessons of seduction on me?" His mouth twists in bitter amusement. "That could well entertain me till sunrise."
I jerk my head back as if I have been slapped. "No, milord. I had thought only to pray for your soul if Madame Hivern had seen fit to poison you. Nothing more." And with that, I turn and flee the room, then bolt the door against the disturbing glimpse of both his soul and mine. Whatever games are being played here, he is master at them, and I will do well to remember that. (155)

"What is my fair assassin so afraid of? I wonder."
"I'm not afraid."
Duval tilts his head to the side. "No?" He studies me a long moment, then rises out of his chair. I hold my breath as he crosses to my bed. "Are you afraid I will draw closer, perhaps?" His voice is pitched low, little more than a purr. My breath catches in my throat, trapped by something I long to call fear but that doesn't feel like fear at all. (174)

His smile flashes, quick and surprising in the darkness. "When one consorts with assassins, one must expect to dance along the edge of a knife once or twice. I bid you good night." (218)

I started this and it just wasn't working for me... I must try again one day.

Loooooved this book. One of my top faves for the year.