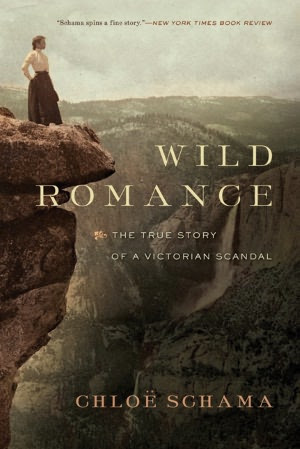 Loved the first half of this nonfiction book on the life of Theresa Longworth, but, the second half which chronicles her world-travels after her oh-so-famous trials left me bored.

I picked up Wild Romance: A Victorian Story of a Marriage, a Trial, and a Self-Made Woman because I'm a fan of Victorian literature. I've read a handful of novels that fall into the "inspired-by" category. Authors whose works deal with irregular marriages--Irish, Scottish, etc. Marriages whose legitimacy was sometimes called into question. Since in some cases, just saying "We're married" with no paperwork, no witnesses, no priest or clergyman could do the job. At the time, there was definitely debate about what made a marriage or union legal or illegal.

In the case of Theresa Longworth, she "married" allegedly married on two different occasions in two different countries, a man named William Charles Yelverton. In the moment, I suppose, he was willing enough. The couple traveled together as man and wife for a short time at least. But when the two separated, I believe he was in the military, he changed his mind. He found someone new, someone with money to marry. And marry he did. Theresa finding out after a very difficult illness that "her" husband was now married to someone else...and he was claiming that they'd never, ever been married. Furthermore, he started saying that she was chasing him, had been chasing him for years and years, and that she was the one who wanted a more intimate arrangement.

The first half of this one follows their "courtship" and "marriage" leading up to a handful of trials in a handful of countries. And these court cases meant big, big, big publicity. Especially for her, she had a way of winning the public's support...but not so much anyone else. Some thought his new wife was much, much classier mainly because she stayed quiet and stayed at home.

So the book gives readers very detailed accounts of their correspondence. And in a way, the book encourages readers to make up their own minds. Was Theresa Longworth pursuing him? Was she going above and beyond what was allowed of ladies of the time? Was there something indiscreet and shameful in her letters to him? Was she ever grounded in reality? Was William Charles Yelverton a jerk? Did he ever mean to do right by Theresa? Was lying to her about being married the only way he saw of getting her into bed?

The book concludes by discussing how this real-life court case inspired dozens of novels of the time.

Astonished I haven't heard of this one, though I have heard of the case. Definitely going on the list. I believe I can call it PhD research!