Many Mini-Reviews, Movies (April, May) 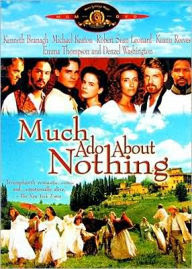 Much Ado About Nothing

This movie is one of my FAVORITES. I adore it so very much. I love nearly everything about it. I particularly LOVE the soundtrack. Did you know that Patrick Doyle makes an appearance in the movie itself?! I recently learned. If you haven't seen this one, you should. Though you should know that it has oh-so-brief moments of nudity in it--a bathing scene--it is such a GREAT movie. One I could watch again and again and again.

I haven't seen this one again and again and again. But I have seen it twice now. I really do enjoy it very much. I think I loved it even more the second time. I recognized a LOT more faces for one thing. (Spotting "Sherlock" was fun.) The subject matter is good and intense. It's a lovely movie. Speaking of "good and intense" I recently watched Lawrence of Arabia for the first time. It has a great theme to it, but what really stands out to me--besides the camels--is the acting. Did I love, love, love Lawrence as a character??? Not really. But I did come to grow very fond of Ali. The movie is AN EXPERIENCE. It is long and painful, but not painfully long. That's not my main point. One sees how war can effect one's life--one's emotional, mental, psychological well being. Expect bursts of drama in between all the riding around on camels and horses scenes. Good. Intense. Great Theme. The words I used to describe Lawrence of Arabia can easily be applied to Lawrence of Arabia. Though I will say the subject matter is even darker and even more disturbing.  I had forgotten just how intense, how painful, how disturbing, how unsettling this one truly is. Moments of kindness juxtaposed with raw brutality. Very well done, quite outstanding. This one gets quite carnal and sensual in places, but for the right audience, it is almost a must-see. Not one to watch again and again and again. But one that you should watch at least once. Probably one of the few R-rated movies that I've seen. 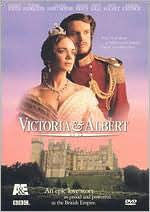 How does Victoria and Albert compare with Young Victoria???? Well, the focus is completely different. Young Victoria is focused on selling a romance, a sweep-you-off-your-feet ROMANCE. It isn't that it ignores other kinds of tension--family and politics--it' doesn't. In some ways, it is even more political than Victoria and Albert. One other key difference is that it only tells about the first few years of Victoria's reign. Victoria and Albert proclaims itself a love story as well, but, to me it didn't feel like one. One sees a very, very human Victoria and a very, very human Albert at times at odds with everyone and even with one another. If there was a happily ever after it came at the expense of both making sacrifices and compromises. It covers about twenty years or so! Victoria is played by Victoria Hamilton whom I recognized as Ruby Pratt! She does a great job with the role. Albert is played by Jonathan Firth.

I love Much Ado About Nothing. It is my favorite Shakespeare play and I love this movie as well. I didn't realize Patrick Doyle did the soundtrack. I believe he is the one that composed the score for Sense & Sensibility too.

I have also seen Amazing Grace, Schindler's List and Victoria & Albert. Schindler's List is one I've only seen twice but it still haunts me. The first time I saw it was in high school in my history class (we had to get signed permission from our parents). I really liked Victoria & Albert. Victoria Hamilton is also in Pride & Prejudice (she plays Lydia's friend in the BBC miniseries) and Mansfield Park I think. I learned a lot about Queen Victoria from this movie and it probably does a better job of that than The Young Victoria since that film had a much smaller scope.