The Lion, The Witch, and the Wardrobe 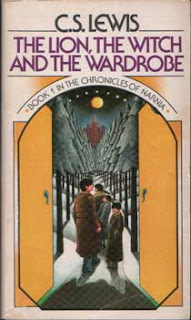 The Lion, The Witch, and The Wardrobe

My review of C.S. Lewis' classic children's book The Lion, The Witch, and the Wardrobe is going to be chatty--quite chatty--and there's nothing I can do about it. I first encountered the magic of Narnia in fourth grade when my teacher read it aloud to us. My teacher, Mrs. Watts, was known for many things. She inspired much fear and trembling. Like Aslan, she was not tame, but good. While, other students may remember the discipline or the hard work...I'll always remember my magical introduction to Narnia. Soon after, I added book by book the series to my collection. Most of my copies were used. Most were ugly. But I devoured each one. I seem to remember my sister reading a few of the series at least. 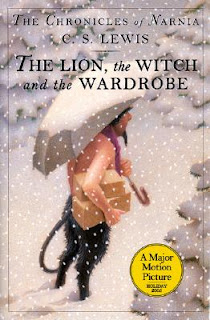 But unlike Little House and Ramona and Anne, this series was more me and less her. Narnia belonged to me--the magic, the wonder, the glory of it all. I remember the pure pleasure I experienced each and every time I opened up a book. I remember the book covers, yes. And I definitely have strong opinions on which book covers through the years are 'the best' of the bunch. But more precisely, I fell in love with the proper order of the series. Few things irritate me more than someone who insists on that new-fangled order. Which is why, if you could see me, you'd know how frustrating it is to read my 7-in-1 novel. But some things must be preserved at all costs.

Once there were four children whose names were Peter, Susan, Edmund, and Lucy. This story is about something that happened to them when they were sent away from London during the war because of the air-raids. (p. 111 in the 7-in-1 edition)

The adventures in and out of the wardrobe that these four experience during the course of the novel are oh-so-magical. The characters--both major and minor--so memorable. The story, familiar yet resilient, even after having read it a dozen times. So many wonderful scenes. Scenes that resonate. In case you haven't read it, let me give you a teaser. Lucy, the youngest of the children, accidentally discovers a magical land of ice and snow while hiding in a wardrobe in the Professor's house. Her three siblings--Peter, Susan, and Edmund--at first don't believe her. They take her tale as a wild, silly, foolish story of a girl whose homesick and wanting attention. Edmund, the brother closest to her in age and thus her biggest tormentor, also wanders into Narnia unexpectedly. But who he meets there, will perhaps undo them all. Narnia is not a land at peace. Not at all. For the land is under a spell--an enchantment--the White Witch--the supposed Queen of the land--has made it always winter and never Christmas. And the lives of the children--all four children--are in grave danger when they're in Narnia. For there is a prophecy that four humans--two sons of Adam and two daughters of Eve--will come to rule the land as Kings and Queens and restore peace and order to the kingdom.

The heart and soul of The Lion, The Witch, and The Wardrobe is the revelation of Aslan, the King of the land, a lion. 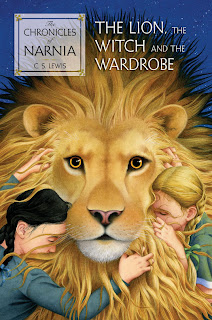 And now a very curious thing happened. None of the children knew who Aslan was any more than you do; but the moment the Beaver had spoken these words everyone felt quite different. Perhaps it has sometimes happened to you in a dream that someone says something which you don't understand but in the dream it feels as if it has some enormous meaning--either a terrifying one which turns the whole dream into a nightmare or else a lovely meaning too lovely to put into words, which makes the dream so beautiful that you remember it all your life and are always wishing you could get into that dream again. It was like that now. At the name of Aslan each one of the children felt something jump in its inside. Edmund felt a sensation of mysterious horror. Peter felt suddenly brave and adventurous. Susan felt as if some delicious smell or some delightful strain of music had just floated by her. And Lucy got the feeling you have when you wake up in the morning and realize that it is the beginning of the holidays or the beginning of summer. (141 of 7-in-1 edition)

The children's journey to Narnia, their quest to meet Aslan at the Stone Table, and their battle to save Narnia and their brother from the grasp of the evil and wicked witch....are unforgettable adventures that deserve to be experienced again and again by readers of all ages. You're never too old to experience the magic of Narnia.

Here's the super-trailer for the movie:

I have never read any C.S Lewis! I can't believe it. I've had hopes of getting around to this book for years but have never managed it. Maybe this year? Or next?

I never read this series until I had children and then we read them out loud as a family. I have to agree that there are some really ugly covers over the years to these books! I have collected all most all of them that are the 50th anniversary collector's editions with full-color illustrations. Have you seen those editions? I absolutely love them! We are anxiously awaiting the new movie due to come out this May!
*smiles*
Kim

What's the new-fangled order? I always ignored the order they were printed in (and numbered on the spines) and read them how the stories were laid out chronologically, which I think went: Nephew, Wardrobe, Caspian, Horse, Dawn Treader, Last Battle. Silver Chair somewhere in the middle?

Lewis was a true artist and there are few books in history that are better written for children. IF there are any. (And, I mean, I do like Anne of Green Gables quite a bit!) Lewis wove truth - along with the magic - in his tales and THIS is what grounds the series and makes them timeless. Add in mystery, excitement and adventure and he can't be beat!

I just finished Nephew and plan on reading Wardrobe next. I sure hope that is the right order.

I am one of the ones who grew up inexplicably not reading Lewis or Tolkien. Considering how much I was always drawn to fantasy and science fiction I have no idea how this happened. I began reading the series a few years before the movies came out and have been really impressed with each one. I think this one is my favorite, but Magician's Nephew is pretty close as well. I'm really looking forward to the next film and hope they continue to do a good job with them.

I had to read this book in elementary school where I grew up too. I remember how it was my first exposure to any book like this, and I was definitely thinking "whoa". It would be a few more years before I came back to fantasy, I had a phase of reading pre-teen ghost stories in between, but I don't think there is anything else quite like a good fantasy novel for getting away from it all. Thanks for the review!

Yes! They simply must be read in proper (publication) order! THE LION THE WITCH AND THE WARDROBE is first! FIRST! Even within the books themselves there are the rare but present asides by the author that support our position.

But nothing like the goose-bump moment that happens at the end of the Magician's Nephew--it would be lost if that book were read first. Such a shame.

I found your blog because I'm doing a review of the series on my own blog...mind if I lift your picture cover picture? It's easier than taking one of my beat up copy. :)

i rly hope yall there

Can I help you with something?

Framed, I think you are right about the order. That's how my mom told me it went. The Magician's Nephew, The Lion, The Witch, and The Wardrobe, The Horse and His Boy, Prince Caspian, The Voyage of the Dawn Treader, The Silver Chair, and the Last Battle. I got the boxed set. That's what the order was like. *SPOILER ALERT!!!!!!! DO NOT LOOK DOWN IF YOU HAVEN'T FINISHED PRINCE CASPIAN!!!!!!!!!!!*


Have you guys noticed that the Professor (in the Wardrobe) is Digory?