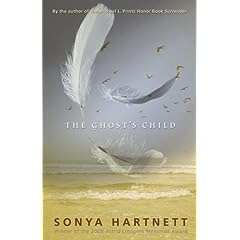 "An exquisite fable about love and loss by the author of the Michael L. Printz Honor Book Surrender."

It's important for readers to realize they're holding a fable in their hands. It will help explain some of the strangeness for one thing. If they're not trying to make it fit reality. Not that the book is unrealistic--it has its moments of course--but it's a blended reality meets fantasy. It has its own set of rules.

So fable about life, love, loss....it could go either way, right? Good? Bad? Too melodramatic? Just right? Well, of course, each reader will have to determine if this one works for them or not. But for me, I liked it. I liked it a lot. I liked the writing. I liked the story.

One damp silvery afternoon an old lady came home from walking her dog and found a boy sitting in her lounge room on the floral settee. The boy hadn't been invited, so the old lady was surprised to see him. It wasn't a large boy, and he looked annoyed and bored, as if he had been waiting for her for some time.

It's a quick book--just 192 pages. It's a sweet story, but a bittersweet one. Our narrator, Maddy (Matilda), has long known that you can't always get what you want in life. And she's an intelligent woman, a brave one, one not afraid to try, one not afraid to do. And as her story is revealed chapter by chapter, as she relives her best and worst times; as she tells her story to a young boy, it's hard not to get caught up in it. Maddy is quite the storyteller. Her narrative increases in power with each chapter. 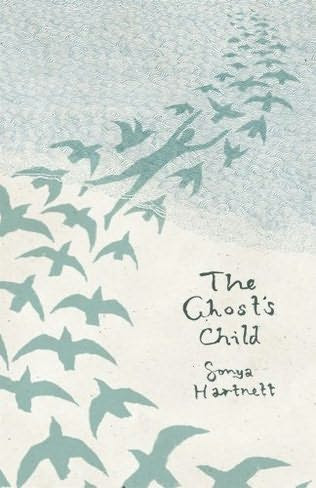 Originally published in Australia (red cover), there is quite a change in covers...when it is published in other countries...which do you like better? And here is the UK cover (to the left). And the American cover is at the top of the post. Very different images, aren't they? I must say I like the UK version best of the three. I think it best captures the feel of the book.

Also wanted you to know I finished The End of the World Challenge.