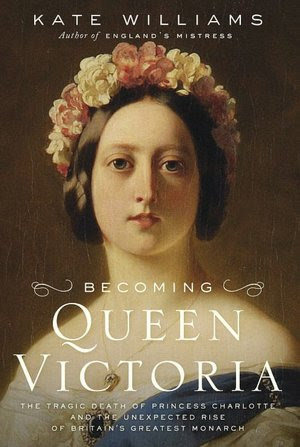 I absolutely LOVED this book!!! In fact, I think it's a true must-read. I should probably add some clarification: I LOVE history, I LOVE literature or classics, I love historical novels and historical romances. For anyone who reads classics written or published during nineteenth century--from 1800 on--this one could prove to be oh-so-enlightening! For anyone who reads historical novels (or historical novels with a touch of romance) set during this time period, this book could prove quite interesting!!! Whether you're a fan of books set during the Regency or Victorian periods, this one could help you connect the dots. Will every reader want to connect the dots between real life and fiction? I'm not sure. For me, it was everything I wanted and more!!!

The first half of this one is setting the stage for Victoria. This includes focusing in on the royal family a good three to four decades before her reign. It means discussing George III, George IV, and William IV. It means discussing all of the brothers (and some of the sisters) of the royal family. It means focusing in on their dysfunction, their failures, their messes. One big story in this section is the marriage of George IV and Queen Caroline. It was a BIG, BIG, BIG mess. Oh, how these two hated one another! They did have one daughter, Princess Charlotte. She was the heir to the throne, no question about it. She was the future of the kingdom, and she was loved, beloved. She married Leopold of Saxe-Coburg, who later became King Leopold I of the Belgians, and their wedding was a HUGE affair. But this fairy-tale wedding, fairy-tale marriage, was not to be. No, they didn't fall out of love. No, they weren't torn apart by scandals. She died in childbirth. Reading about that was truly scary. Why? Well, readers get detailed descriptions of medical treatments, of the art or science of medicine at the time. And not only in the chapter about Charlotte, but in the treatment for the other royals too. And it is scary, scary stuff! So what did Charlotte's death mean to the nation?! It meant EVERYTHING. All of these royal brothers with no legitimate heir to the throne, with no real marriages to speak of amongst them, it meant they had to rush, rush, rush to the altar to marry women almost half their age; it meant that they were in great competition to have children. Of course, it wasn't just a matter of being the first to have a child, their rank mattered too. (Duke of Clarence ranking more than Duke of Kent, Duke of Kent ranking more than Duke of Cumberland, Duke of Cumberland ranking more than Duke of Cambridge, etc.) And this book explores those years, the rivalries, the politics, the scandals, the gossip.

But this one is, of course, about Queen Victoria. Readers learn about her father, the Duke of Kent, and her mother, Victoria, the sister of Leopold, a Saxe-Coburg. Readers learn about her earliest years--from birth on. Readers learn details great and small about her upbringing, the big and small events that marked her life and led to the greatest of them all, her inheriting the throne and leading a nation for over sixty years. The last chapters deal with her marriage to Albert, to their relationship--personal and private. Some attention (very brief in comparison with other periods of her life) is given to her having so many children. But this is almost more of an epilogue to the book than a genuine source of information.

For anyone who loves history, who loves the details behind history--big and small, gossipy and matter-of-fact, then this one is for you. While I wouldn't say the royal family's dysfunction is celebrated or rejoiced in, it definitely plays a big, big role in this one. And Queen Victoria is seen as saving the monarchy, restoring some sanity to it.

Thanks for the review. It ticks all the boxes for me - hopefully my library has a copy.

Wow, I'm a historical fiction lover, and 19th century classics lover too. This book looks promising...thanks for reviewing it!

What an enthusiastic review! I'm going to have to add this to my list. It sounds like something I would love.