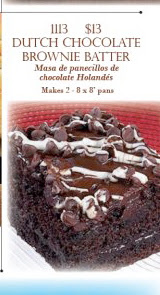 Yesterday was the big day, the big meeting, for the Librarians' Choices group. (I still don't know if "group" or "committee" or "non-class, class" is the appropriate word. Or maybe professionally trained volunteers would be better.) We met in March, June, July, September, October, and November. Last night was the night to choose the 100 Best Books of the year. It was plenty stressful, I imagine, for our leader/editor Dr. Janet Hilbun. And it was mighty tempting to let yourself get stressed out just participating. With books going off and on and off and on and off and on the list at a frantic pace, it was hard to keep up. There was always frenzied counting going on. Counting and sorting. Sorting and counting. Each person, I believe there are eleven this year working on the project, had their role to play in the decision-making process. Each had to decide which books they were willing to fight for and defend with all their might. It was a time to be bold, to speak up. But most importantly you had to know when and how to pick your battles. To know when it was best to surrender. There were a few tense moments, sure enough, but some of us found the power--the ultimate power--that night.

The power of which I speak is the brownie. These weren't just any brownies. Sure they came from a mix. But not your typical grocery-store mix. Dr. Hilbun the provider of the brownies purchased this mix from one of the infamous school fund-raising projects that are ever-so-popular in every school in the country. I don't know what company, what brand. I only know that they were the best, best, best brownies I've ever eaten in my ENTIRE life.

The power those brownies gave? Well, it was hard to be stressed out, tense, worried, anxious while eating the best brownie of your entire life. Every negative thought, feeling, emotion vanished miraculously. It was instant joy. Instant peace. Instant harmony with the world around me. No troubles. No pain.

So the best news of the night was on the brownie front. As far as the books go, overall, I am pleased with what we accomplished, the books I fought for and championed. I only had one casualty and that was Elijah of Buxton by Christopher Paul Curtis. The list won't be published for a while. Our reviews are due January 15th. And the list is subject to minor changes between now and then. But as soon as I receive the final list, I'll post it. :)

I would imagine that that will be in mid-to-late January.

The oh-so-magical-must-have brownies come from Blue Ribbon Products. The site seems to be for schools looking for fundraisers. It doesn't appear--at first glimpse at least--to be selling products just to individuals. The company is based in Forney, TX. There seems to be many ways to get this heavenly brownie. It's actual name--Dutch Chocolate Brownie Batter (aka 1113). It sells for $13. (See, I told you this wasn't your average grocery-store brownie!!!)

If the makers of this fine, fine brownie ever want me to "review" their work, hint, hint, hint. I'd be happy to accept!
Posted by Becky at 6:19 PM

So uh...how does one go about obtaining these brownies???? lol! Can you order the mix online? I'm a HUGE brownie fan!

Chris, I'll let you know if and when I know. I'd love to solve this one, I've emailed the bringer-of-the-brownies, and I hope that she remembers the details and didn't just throw the packaging away. What a loss if she has. But believe me, if I get the name and find a website, I'll post it. :)

That's too bad about Elijah... It's on my top-100, but I guess it's just another indication that I'm not like "everyone else". But then, it's probably much more fun being not like them. Even if it means one of my best doesn't make others lists. (And my worsts do. :)

Elijah is on my top list too. Not only my top 100, but my top 10. The strange thing is that it's getting recognition many places and starred reviews, it's just in that particular room, that crowd, they were just anti-Elijah.