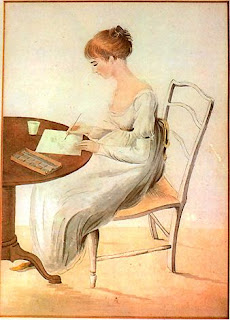 The historian of human life finds less of difficulty and of intricacy to develop, in its accidents and adventures, than the investigator of the human heart in its feelings and its changes. In vain may Fortune wave her many-coloured banner, alternately regaling and dismaying, with hues that seem glowing with all the creation's felicities, or with tints that appear stained with ingredients of unmixt horrors; her most rapid vicissitudes, her most unassimilating eccentricities, are mocked, laughed at, and distanced by the wilder wonders of the Heart of man; that amazing assemblage of all possible contrarieties, in which one thing alone is steady--the perverseness of spirit which grafts desire on what is denied. Its qualities are indefinable, its resources unfathomable, its weaknesses indefensible. In our neighbors we cannot judge, in ourselves we dare not trust it. We lose ere we learn to appreciate, and ere we can comprehend it we must be born again. Its capacity o'er-leaps all limit, while its futility includes every absurdity. It lives its own surprise--it ceases to beat--and the void is inscrutable! In one grand and general view, who can display such a portrait? Fairly, however faintly, to delineate some of its features, is the sole and discriminate province of the pen which would trace nature, yet blot out personality.

Repose is not more welcome to the worn and to the aged, to the sick and to the unhappy, than danger, difficulty, and toil to the young and adventurous. Danger they encounter but as the forerunner of success; difficulty as the spur of ingenuity; and toil, as the herald of honour. The experience which teaches the lesson of truth, and the blessings of tranquility, comes not in the shape of warning nor of wisdom; from such they turn aside, defying or disbelieving. 'Tis in the bitterness of personal proof alone, in suffering and in feeling, in erring and repenting, that experience comes home with conviction, or impresses to any use.

Long story short:
Paragraph one: This is a story about the complexity (and some could argue the depravity) of the human heart. The good, the bad, the ugly.
Paragraph two: Some things you've got to learn the hard way. Life itself teaches and often in such a way that mere lectures cannot.

What can I say about Camilla? Really? I know so few people that would have the courage and the will to persevere through 956 pages. (Included in the page count of course are the introduction and bibliography and footnotes). But even if the length didn't throw you, the opening sentences might. The novel is both delightfully pleasant and sluggishly dull.

The setting: Several locales both in town and country in England (18th century)
The characters: Too many to count. There are dozens and dozens of characters to keep track of. At least a dozen of great importance.

Camilla, Lavinia, Eugenia are three sisters. Camilla and Eugenia having the larger roles. Lionel is their brother. Indiana Lynmore is their cousin. Her brother is Clermont. Miss Margland is largely the companion/governess of Indiana. Dr. Orkborne is the tutor of Eugenia. Sir Hugh Tyrold is the uncle to Camilla, Lavinia, Eugenia, and Indiana, and Clermont Lynmore. Mr. and Mrs. Tyrold are the parents of Camilla, Lavinia, Eugenia, and Lionel. Edgar Mandlebert is the ward of Sir Hugh. He is the 'hero' of the book, I suppose. And those are just the characters who appear most readily throughout the novel. That's excluding friends, recurring acquaintances, and pursuing (or wooing) suitors.

The plot: Thinly drawn out and mostly ill-paced.

The writing: Difficult to understand at times because it is so roundabout. But it's not impossible to understand. You just can't breeze through it quickly.

The story enough in its basics is pleasant enough. But the fact that it takes so very very very long for the story to begin to happen would discourage all but the most determined from reading on through it all. The last two hundred pages of the novel have a completely different pace than the preceding seven hundred.

Most of the novel could be condensed to one or two scenes:

It doesn't help matters at all, that both Edgar and Camilla have various older-and-wiser adults counseling them on love and marriage and courtship. Their advice often conflicts with the natural instincts of the two would-be-lovers. And because they choose to listen to other people instead of following their own hearts and minds, their story isn't a nice and lovely one told in two or three hundred pages. It's a monstrously long novel showcasing their stupidity.

It's not just a love story though. It displays the times. Social hierarchies. Social classes. Economics. And like Jane Austen (Burney was a decade or so before Austen's time), Burney writes of the marriage mart. Women and men in pursuit of advantageous matches. The conflict between making marriage a matter of the pocket-book and a matter of the heart.

great review...I dont think I would have been able to read this one though....especially since its so long.
http://thebookworm07.blogspot.com/