You might be interested in reading my post, "What's In A Cover" (about Gone With The Wind) and "BTT: Judging A Book By Its Cover" (about The Lion, The Witch, and the Wardrobe).

This time I'm going to go with another classic--one of my favorite books. Anne of Green Gables by L.M. Montgomery.

The first one I'm highlighting is the Puffin Classics edition which released in September 2008. Even though I own several copies, it tempts me because I so love Lauren Child's art. 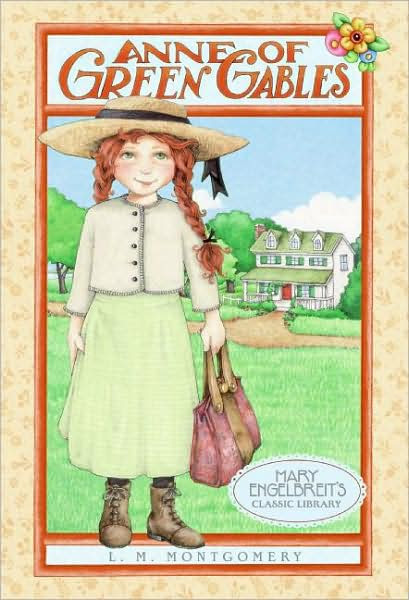 Here is another cover from 2008, this one published by Random House. It is interesting to see an Anne not in braids, isn't it. But I don't think her hair is quite carrot enough. 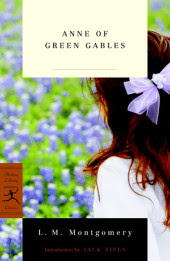 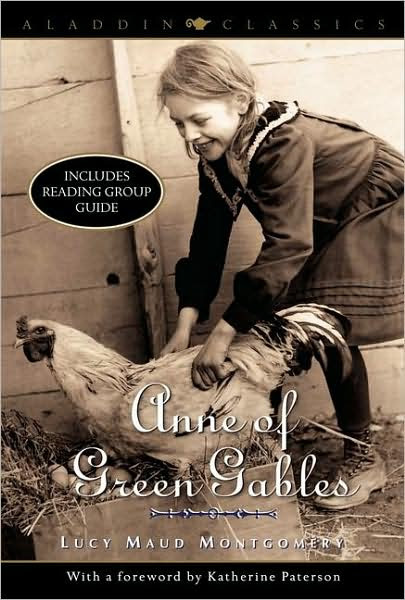 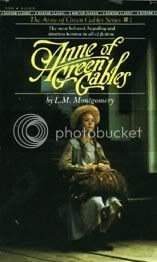 I did find a great website that has tons of book covers for each of the books.

Some of these have been more attractive than others...but I think the hands-down winner for worst cover is... 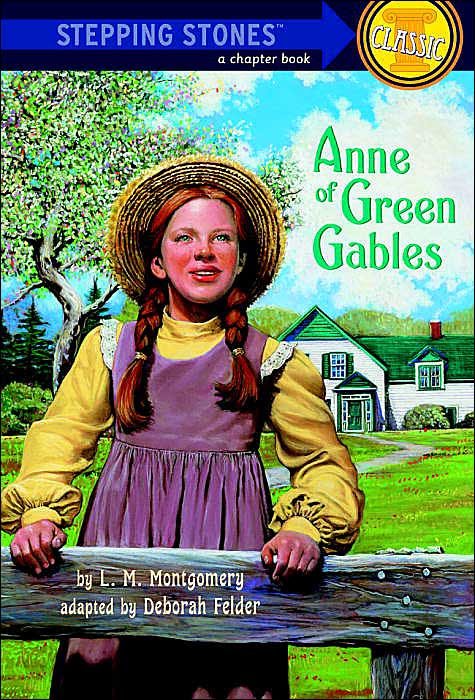 
© Becky Laney of Becky's Book Reviews
Posted by Becky at 5:48 AM

Hi Becky: Well first of all, I have the 8th one down from the top ..solid green small pic in the center.. it looks very "classical" I sorta like the one right next to it too. Then skip the next two and the two under those I like of Anne sitting, especially the first one that looks like a hardback...
actually, I'm not fond of the first 5.

what really gets me is when I am very attracted to a cover and know I would NOT like the book! I find I still go back many times and look at the cover, like I am trying to convince myself differently!

Oh, now I want that new Puffin Classic edition! I love that cover!

I loved this post! And I vote with you on the hands-down worst. Oh. My.

I found this review of book covers fascinating! It is so true, we "shouldn't" judge a book by its cover, but it definitely sways my book buying decision (title - cover - first paragraph are my top three criteria). It is really quite interesting how different artists can interpret the same subject matter so differently (somewhat akin to how a movie director may interpret the content of a book differently from other readers).

Lauren Child does Anne of Green Gables? Now that's a different (but welcome) look from the cover of my younger days. What a fun post to read and see - thanks for sharing.

You're right about the worst one. Who would want to buy that one? The book I read as a child is the 10th one down that looks like a painting. You're bringing back good memories. Thanks, Becky.

Wow! That one with her grabbing the chicken — looks like she should be Pippi Longstocking, not Anne! What fun.

The first cover you highlighted brings up an interesting point--I don't like it at all because it doesn't look like a classic book cover (or Anne) to me--but I'm guessing that's what they're going for, so contemporary kids will be drawn to it? Somehow that doesn't seem honest to me.

Great post, Becky, and thanks for writing this week's WG question!

The one I own is the 7th under other, older covers — with Anne sitting on a bench, with her carpetbag on her lap.

I love the Puffin Classics edition! I have the Aladdin Classics cover and I really don't like it. Too stock photo-like for my taste. (I needed a copy of the book for school, and this was the only one Borders had in stock the day that I went. Beggars can't be choosers.) I really like the fourth one you featured -- I didn't know Mary Engelbreit had done a cover for Anne of Green Gables.

Out of all of those books you don't have the one that I own which is the copy I grew up with. It has the first three books together, it's green with a photo of an Anne sitting down.

Interesting how much a cover can influence one's view of a book. Thanks for posting all those covers. Yeah, the last one is awful, but then the "adaptation" is probably awful, too (or maybe this is just an example of the cover influencing opinion of the story inside).

I'm being so impressed with all the covers everyone is finding. Wow, these are all so different. The one I have is of her sitting at the sation with the carpet bag on her lap. It's fun to see the "familiar" one in the midst of all the others.

I agree with the worst cover! :)

My favorite is definitely the Puffin edition!

Ilove the 5th one !! This is a favorite book of mine too!!

Well done Becky. Who would have thought there were so many?

Hi!
I'll have to agree with you on that last one being the worst. That's really bad! Not at all what I would think of as Ann of Green Gables. The copy I read didn't even have a book cover. Thanks for stopping by my place. Have a great evening!

I own the one with the green border and her hugging a book in front of the house and for that reason its my favorite. There are pictures of me as a child hugging my books just like her because I loved that book so much.

In the 2008 cover, why is Anne looking away and only showing the back of her head? But nice hair and ribbon though!

I have yet to read one of the Anne books but my sis loves them.

Love the first one, hate the last one!

Wow - lots of covers and all nice except for the chicken one. I remember a different one - one I had years ago. It was real similar to this one I found on amazon

I didn't know there were so many different covers. Great job putting it together.

Mine is finally up now.

My favorites are the Lauren Bishop (love that font!) and the Mary Englebreit covers. Thanks for sharing this - Anne of Green Gables is definitely my favorite series ever written. :-) (Hence the email and blog title)

You are right. That is the worst cover for Anne I have ever seen! My favorite is the Random House cover where Anne doesn't have braids. I am sure there were so many Anne covers to pick from--I love Anne! I didn't discover her until I was an adult. I think I need to make time to re-read them one of these years.
This was fun post to read!
*smiles*
Kim

Wow! What a wide variety of covers for one book! I loved reading this! Hard to pick a favorite! I definitely sometimes choose books based solely on the cover. And I get very attached to the cover that I'm used to, and it bothers me when I see the "wrong" cover. My least favorite are movie tie-in covers ... I feel like they cheapen the book. : )

Wow what a variety of covers. And yes, that last one is UGLY. I find it interesting how a classic is "updated" by giving it a contemporary-feeling cover.

I really like the newer covers. I haven't seen any of those in bookstores.

What a great post! I am feeling very sentimental but charged up by that great new Lauren Child cover. Anne as I never envisioned her before.

I love the first one and just bought 2 copies of the Aladdin Classics for our elementary level library. The Stepping Stones cover is horrible and I wonder what they've done to the text!

I'm sorry, but the Mary Englebreit one is just wrong! And your choice for the worst...that's pretty bad, too. I'm most familiar with the green border and the one with the carpetbag on her lap...sentimental favorites, you know.

I tend to agree with you softdrink, the Mary Englebreit one isn't doing much for me :) I grew up with the carpetbag one too--the movie tie-in I guess in some people's eyes. But to me, that's what Anne looks like :)

Oh there are too many good covers to choose from. Excellent choice!

I like the newer cover except the first one.

So many of those covers are beautiful, such as the annotated version, I would love to have them all but the last versions and definitely the chicken one I could pass on.

That newer sepia tinted one with the chicken is rather unique... I kinda like it. Although the girl looks much more blond than red-headed.