It's always so tough to choose just what to list...there are so many books I want to get to this fall. And it never fails that the second I list the book officially, I lose all desire to read it. (Why is that?!)

Note: All three of these are published by Sourcebooks, and I've got reviews 'due' in October and November.

The Tudor Rose: A Novel of Elizabeth of York by Margaret Campbell Barnes
The White Queen by Philippa Gregory

Note: The Philippa Gregory depends entirely on my local library. Because I'm certainly not going to buy this one without having read it first. Gregory is entirely too hit/miss for me. As for the Margaret Campbell Barnes, I've loved reading King's Fool and My Lady of Cleves.

Bending Toward the Sun by Leslie Gilbert-Lurie
Anne Frank: The Book, The Life, The Afterlife by Francine Prose

Notes: I really loved the first two books in the series. But really didn't like the third. I expect it get worse before it gets better. But I have high hopes for the last book. Jennie made it sound like it was worth my time.

Note: Bending Toward the Sun is described as an inter-generational tale. It "reveals how deeply the Holocaust remains in the hearts and minds of survivors, influencing even the lives of their descendants." And Anne Frank: The Book, The Life, The Afterlife "tells the extraordinary story of the book that became a force in the world." They both sound like something I'd really enjoy.

Note: Catching Fire (as if you didn't know) is the sequel to The Hunger Games. Part of me is curious. Will I like this one? Or will my contrariness come through? Girl in the Arena is a book I'm doing a blog tour for in October. It *sounds* very similar to The Hunger Games. "It’s a fight to the death—on live TV—when a gladiator’s daughter steps into the arena."

Note: Both of these would be for the Guardian (1000 Books) challenge hosted by Biblio File. The reason I'm listing them for this challenge. Is that these are the only two (categories) I'm missing for the whole challenge. So if I can get to them, it would be wonderful. (Of Mice and Men also would count towards the 1% Challenge.)

The Way We Live Now by Anthony Trollope

Note: This one is for Amy's 50 Books for Our Times challenge.

Note: These three are all book club/group reads. Cranford and A Thread of Grace are for Heather. Dracula is for Fizzy Thoughts.

Riders of the Purple Sage by Zane Grey

Note: This is for round two of Me? Read That?! 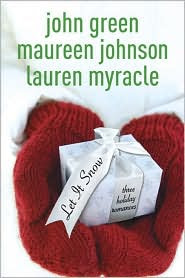 Note: I've been "saving" this one for the right season.

Note: I always *mean* to start the Tomorrow series by Australian author, John Marsden. These books have been on my want-list since this post of Jen's back in August of 2007. Another review that reminded me I *wanted* to read these is from Bart's Bookshelf.

Lots of books to review so far. Interesting titles and genres to choose from. Start with the Tomorrow series.

You have some really great looking books planned for this challenge. I'm participating as well.

Wow! You have some really great books lined up! Lots of happy reading!

Ooo, I absolutely loved Dracula! Renfield is probably one of the greatest characters... ever.

I really hope that you like the Marsden books, Becky! And I must confess that I'm envious that you still have Nation and Front and Center ahead of you. I think that they are both (in very different ways) wonderful. Happy reading!!

You have taken on a really big list! The Pemberley book looks very interesting. I haven't read any books by other authors on Jane Austen's characters yet.

These are great selections. I recently read book one of Marsden's Tomorrow series and really enjoyed it. I'm hoping to get to book two in the not too distant future!

What is it about putting a book on a list that makes its irresistibility factor plummet anyway?!! I certainly do love making the lists, but I know just what you mean.

I agree you have some awesome reads.
Dracula is one of my favorites.
Riders of the Purple Sage, hmmmm. I may have to read that one.
Thanks!

Cranford is such a lovely story, I really enjoyed it.
Good luck with the challenge!