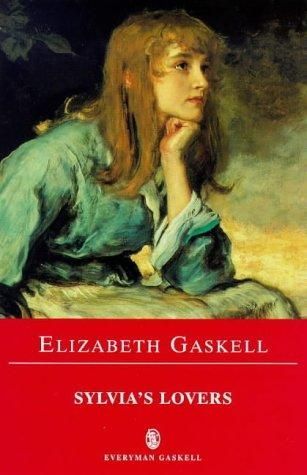 Premise/plot: The heroine of Elizabeth Gaskell's Sylvia's Lovers is Sylvia Robson. (Relatively) soon after the novel opens, Sylvia falls in love with a specksioneer Charley Kinraid. This frustrates the plans of her cousin, Philip Hepburn. He is also in love with Sylvia. He hasn't been courting her, but, he has been tutoring her. Philip has heard a few rumors that Kinraid essentially has left a string of girls all madly in love with him. (He is a sailor.) But Sylvia isn't going to be warned or lectured or bossed about by her cousin!

One day Philip witnesses Kinraid being pressed into service--being taken up by the press gang. (Military service not being all voluntary at that time). Charley begs Philip to tell Sylvia what has happened, begs him to let her know that his disappearance was not of his doing. By the time Philip makes his way to visit Sylvia and her family--his family too mind you--word has reached them--the town/village--that Kinraid is DEAD. Some of his belongings have washed up from the sea. Philip decides--for better or worse--to keep quiet.

But Kinraid's disappearance does not necessarily mean that Philip will succeed in his efforts to woo the young and beautiful Sylvia. In fact, if Sylvia's father, Daniel, had stayed out of trouble, I'm confident that his efforts would have continued to fail. But. Daniel Robson acted the fool--a noble fool, perhaps. He decided to participate in a RIOT. He was right there in the heart of the action--no mistaking his intentions.

Who was there to take care of the family when Daniel Robson was arrested? imprisoned? taken away to face trial and sentencing? Good, kind, dependable Philip, that's who. He was so good, so kind, so compassionate, so faithful. When he does propose, she says yes. Even if there's a tiny bit of doubt at the back of her mind if it's the right thing to do. She doesn't love-love Philip. But. She does care for him some.

Philip thinks that there's a good chance that Charley will die in action during the war--the English are fighting the French--or at sea--storms do happen. But Charley returns. And Philip and Sylvia are in for quite a SHOCK when he does...

My thoughts: I really enjoyed Sylvia's Lovers. If there was a movie adaptation of it, I would definitely watch it. (Most of Gaskell's other novels have been adapted for film.) I think fans of Poldark may enjoy this one.

Oddly enough, I was Team Philip for most of the book. In some ways, I find him the most developed character of the book. Sylvia was developed to some extent, but she felt a bit distant to me.

I loved the religious/spiritual themes of this one.

Sounds like a great read! I've been thinking that I need to read more adult classics--looks like a good one to get started. Great review!

My 13 yr old and I have been watching the Cranford series & really enjoying it. I've read some of Gaskell's other books & loved them (North & South is my favourite so far) but I haven't read this one. Great review, Becky. Will definitely look out for this one.