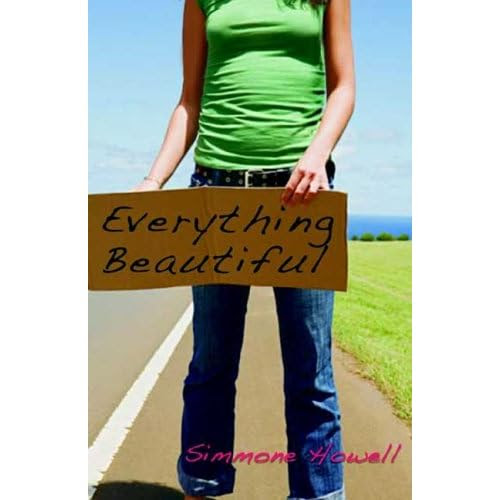 First sentence: I am the maniac behind the wheel of a stolen dune buggy. Dylan Luck is at my side. We are tearing up the desert, searching for proof of God. My driving experience amounts to a few stuttering laps of the Safeway parking lot. That was supervised--Dad blanching and clutching his seatbelt. This is something else; something beginning with Freedom.

The above is quoted from an ARC, so it's possible that it might be different from the final version which will be released in November of 2008.

Riley Rose is a wild child. Perhaps she hasn't always been a wild child, but the death of her mother--cancer--and the remarriage of her father--to someone named Norma!--and the appearance of her new best friend, Chloe Benson, have all led up to one conclusion. Riley Rose is a bit too wild for her own good, her own safety. The "help" that Riley is about to receive is to be sent for one week to Spirit Ranch, a Christian camp for teenagers. It shouldn't really surprise anyone that Riley is an atheist. An angry atheist who uses her mother's death as proof that God doesn't exist. Do I blame her for being angry that her mother died when she was fourteen? No. Do I blame her for not wanting her father to have moved on and fallen in love with someone else? Not really. No doubt about it, Riley is a hurt soul who uses anger and bitterness as a shield. Oh. I should also mention this. She also uses food. She's 180 pounds and climbing. She does use food to hide herself and numb her feelings.

The camp is a bit much. It has its ridiculous moments. Some stereotypical. Some not. Would I want to be sent to Spirit Ranch? No. So I can't blame her there. If she at first has difficulty liking her roommates, it's understandable. Especially in the case of Fleur. And her camp group, the Honeyeaters, there really aren't many there I'd seek out to make friends with either. There are more than a few that make fun of her. And only a few that don't. And those that don't, well, they're different themselves. There's Dylan. This is his first time back at camp since an accident has left him in a wheel chair. And then there's Bird. A sixteen year old with definite social problems. It's not that he's dumb. He's very intelligent. And he's kind. It's just that he doesn't have much social grace or social skills. Then there's Sarita, her other roommate, who becomes almost her closest friend at camp.

It was interesting to see a few of these friendship develop. And the budding romance between Dylan and Riley was nice. It was nice to see how they could sort-of-melt each other's hardened shields. Neither wanted to be vulnerable. Both were resistant to "authority" and afraid to make friends. It was easier for both to be angry and alone. So it was nice to see them bringing out the best in each other. And in the process, both got to know themselves a bit better than before.

Can a week change a person's life? Maybe or maybe not. But the Riley that leaves camp is a slightly wiser Riley. So it may have been the beginning for a change, a transformation.

Don't read Everything Beautiful expecting a clean read. Language. Sex. Underage drinking. Smoking. Drug use. Some occur with the week at Christian camp, others are just referred to in talking about their pasts, their lives before camp. But the book has its strengths.

Note on the cover. I REALLY REALLY hope that the cover is not supposed to represent fat-girl-Riley, because the cover model is so not fat.

© Becky Laney of Becky's Book Reviews
Posted by Becky at 9:52 AM

I just posted my own review...I found this one a rather tricky read, because for so much of it I wasn't sure I was actually liking it. In the end I think I was!

The cover changed (in Melbourne at least). A heart made up of stones. "A love story about the broken and the broken-hearted" is under the title. I couldn't put it down for 2/3rds, but flagged with the spiritual bit at the end. I did enjoy the revised manifesto. Peter

this book is amazing it should have five stars man!