The Lost Conspiracy (YA) 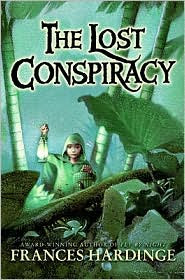 It was a burnished, cloudless day with a tug-of-war wind, a fine day for flying. And so Raglan Skein left his body neatly laid out on his bed, its breath as slow as sea swell, and took to the sky. He took only his sight and hearing with him. There was no point in bringing those senses that would make him feel the chill of the sapphire-bright upper air or the giddiness of his rapid rise. Like all Lost, he had been born with his senses loosely tethered to his body, like a hook on a fishing line.

Arilou is one of the Lost. She's also one of the Lace. But she is not our heroine. No, that would be Arilou's sister, Hathin. Though not 'visible' in the noticeable, attention-grabbing way (like some heroines are), Hathin's role to her people (the Lace) is essential. When we first meet her, she is merely her sister's keeper. She tends to her sister's needs. She's her voice when she needs to speak. She's her everything really. Arilou simply could not function without her. 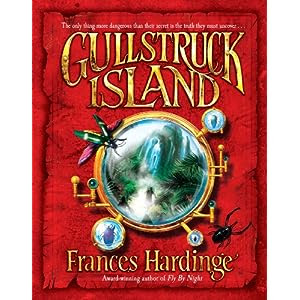 Our story begins with news of an Inspector (Raglan Skein) coming to visit Arilou. Her powers and skills will be tested or graded to see how she rates among other Lost. But when the Inspector is murdered before the test can be completed, suspicions surface. And that is only the beginning.

Soon news begin to arrive which will change everything: the Lost are dead. All of them, dead. All except Arilou. The word conspiracy is being thrown about recklessly. And soon people are calling for vengeance. Calling for all of the Lace to be eliminated. And they do mean business. Mad mobs almost always mean business.

Risking everything--including angry volcanoes and dangerous jungles--Hathin is determined to to save her sister, to solve the mystery of why the Lost died, to revenge the loss of her entire village, to fight to save her people. She will meet some allies along the way as she faces one enemy after another.

The Lost Conspiracy is a complex but compelling fantasy. It can be very dark in places. We are talking about prejudice and genocide. About cultures clashing. But it can be quite funny at times. Take the character of Superior. Because he is concerned about his (dead) ancestors' hygiene, he becomes an unexpected ally and protector of the Lace. (It really is a bit too complicated to explain. But trust me, chapter nineteen is quite funny. It had me laughing!)

I would definitely recommend this one to those that love rich-and-complex fantasy novels.

This one was originally published in the UK as Gullstruck Island.

© Becky Laney of Becky's Book Reviews
Posted by Becky at 9:03 AM

Awesome review, Becky! I am new to following your site and I love it!!!

In fact, I have an award for you here!

Great review - thanks! But wow - that Gullstruck Island cover reminds me of Inkheart!

I'd heard of this book before but didn't really know what it was about. After reading your review I think I'll give it a try. It sounds like a unique fantasy.

Thanks for visiting my blog during the Book Blogger Hop.

Okay, I was intrigued when I saw the cover of this one on your post a few days back. Now I'm even more intrigued! Yep, to the wish list this one goes for sure. :D Thanks, Becky!