Happy Easter! I hope you're having a good holiday weekend!

Well, the 24 Hour Read-a-thon is almost upon us. Are you planning on participating either as a reader or a cheerleader? I still haven't signed up officially. But. I imagine that's just a matter of time! Vasilly has a guest post from Doret of The Happy Nappy Bookseller that is definitely worth reading!!! She is making recommendations for the 24 Hour Read-a-thon. I have read some of her recommendations, and definitely agree with her that these would be good choices! I would probably add Brendan Buckley's Universe and Everything In It by Sundee T. Frazier. That book has been on my mind lately because I've been reading The Other Half of My Heart also by Frazier. If you've written a post with Read-a-thon recommendations, please leave a link in the comments so I can visit!

I decided to participate in a newish event called the Book Blogger Hop. There's a new hop every Friday at Crazy-for-Books.com. One great thing has come of it so far. I discovered three new blogs that I really like. Playing by the Book. And WhatMissKelleyIsReading. And Stories From My Bookshelf. Some things did surprise me though. I guess I hadn't realized just how very, very popular paranormal romance and urban fantasy are in the blog world!

Note: I've got a new poll in the sidebar! So please share your response.

Dovey Coe by Frances O'Roark Dowell
The Other Half of My Heart by Sundee T. Frazier
Sixteen Brides by Stephanie Grace Whitson
Surviving the Angel of Death: The Story of a Mengele Twin in Auschwitz by Eva Mozes Kor and Lisa Rojany Buccieri.
Scarlett Fever by Maureen Johnson 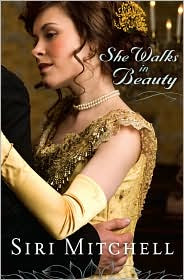 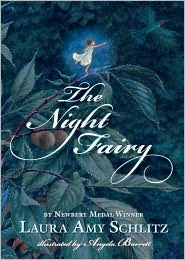 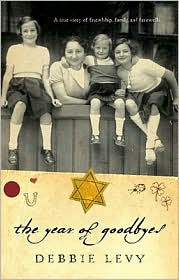 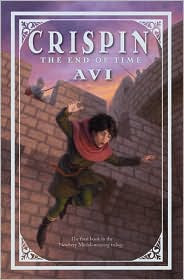 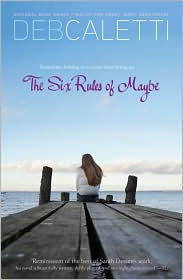 The Poll. Well, I've abandoned maybe a handful of books in all my reading years, so - I generally stick with the book till the end. There are very few books that aren't worth finishing - for various reasons that aren't necessarily the obvious ones. I have relatively recently begun to let myself skim rather extensively, though - but only in special cases. L.

Avi has a new book coming out! I am so behind on his bibliography, I swear. :(

Thanks for mentioning the recommendations! There are so many that Doret mentioned, that I know want to read! Have a great week.

Hope you had a lovely Easter weekend, Becky!

And have fun during the read-a-thon!

Hope you had a great weekend. Looks like you read way more than I did. Have a great week and hope you officially sign up for the read-a-thon!