140. A Husband for Christmas 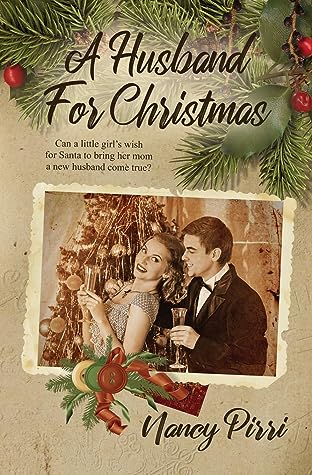 First sentence: Captain Jack Campbell, a schooled architect and accountant, and a medic during the war, honorably discharged from the United States Army, sat on the doctor’s examination table, wondering if his leg would ever heal completely.

Premise/plot: Captain Jack Campbell newly returned to the States resumes his position at the bank as head accountant; Rose Delaney "loses" her job as head accountant when he returns. He feels bad when he realizes she's a widow--well, assumed so since her husband is missing in action--with a young daughter, Sarah. He invents a job for her at the bank, and begins courting her. She's reluctant to get involved with anyone though she finds him incredibly attractive. Is she ready to say yes to his proposal?

My thoughts: This one is set in 1946/1947--possibly even into 1948. I love the time period. I love the premise. A widow and a veteran falling in love and creating a new family together looking forward to the future. It almost had a Miracle on 34th Street feel to it--at first, only at first.

This romance novel started off strong. I liked both Rose and Jack--at first. But as the novel progresses, I began to HATE their relationship and HATE him in particular.

At one point, he was all love-and-sweetness. He wanted to marry her and felt it only right to consummate the relationship after they were married. But. He changes his mind several months into the relationship and becomes forceful. I won't say out-and-out violently raping the heroine, but, at the very least not listening to her protests and proceeding with pressuring her to sleep with him. This was one of those, well, I ended up wanting him so I guess it's okay? moments. I guess this wouldn't be a huge deal breaker for me....if that was all.

What was the deal breaker for me was when he decided after talking with a buddy of his that SPANKING her when he was angry was a great way to maintain his authority and impress her with his manliness. His friend told him that if he would spank her when "she needed it" that their sex life would improve and she'd swoon all over him. And he takes his friends advice. HOW ROSE PUTS UP WITH HIM IS BEYOND ME.

I felt there was some switch-a-roo-ing in this one. At first the hero we get is, well, a good guy, it's only as the story progresses that we learn that he has to CONTROL everything about "his woman" and "his house."

Thanks for the review. I like that cover too.

You’re so cool! I do not believe I’ve read anything like that before. So great to discover somebody with some original thoughts on this subject matter. Seriously.. many thanks for starting this up. This web site is one thing that’s needed on the web, someone with some originality!
Agen Bola Terfavorit
Taruhan Bola Terfavorit
Kasino Online Terlengkap
bandar Kasino Online Terlengkap