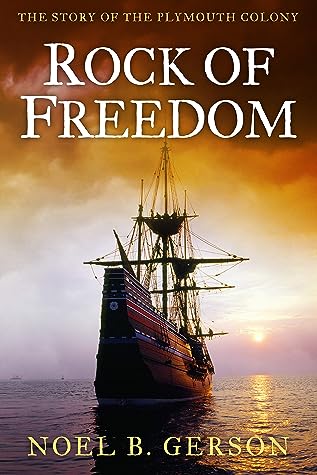 First sentence: There was no sound in the vast, black expanse of wilderness but the faint, steady drip of raindrops falling from pines and birches, cedars and poplars and firs. Gradually the dark clouds hovering over the crescent of land on which Plymouth Colony was built began to roll away.

Premise/plot: Rock of Freedom is nonfiction narrative--an account of the first two to four years of the Plymouth Colony. The framework of the story is the arrival of Anne and Little James in 1623. This is where the story opens and closes. In between is the story of how the Separatists--and other would-be colonists--together sailed to the New World (on the Mayflower) and settled in what would become New England. It focuses primarily on three or four leaders; not every colonist was mentioned and received attention. It is a story of strength and weaknesses, successes and failures. It is grim and gritty--for life was hard, unimaginably hard.

The book was originally written in 1964 at a time when political correctness was not reigning supreme--for better or worse. Know this going in that perhaps if an author was writing today that he/she might phrase things a bit differently in hopes of reaching the widest audience possible. I am not ever suggesting that facts should be manipulated or twisted--revised or corrected long, long after the fact. Facts are facts are facts; they can be interpreted differently with each generation, with each reader. Researchers should stick to facts and if at all possible show their work--their research. Modern writers don't necessarily need to "rescue" or "save" historical figures--by justifying every word, every act. Nor do modern writers "need" to crucify those that lived in the past and vilify everyone and everything. Present the facts and let readers decide for themselves. In the case of the pilgrims, it's not an either/or. They are neither saints nor sinners. I don't need perfect heroes to idolize. 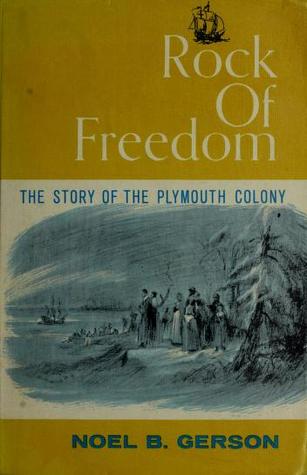 This book definitely presents the pilgrims as an incredible group of people--a bit idealistic at times perhaps. But then again they do stick to the first few years of the colony.

My thoughts: Rock of Freedom is READABLE. Sadly not all books about the pilgrims are. I have read several adult books this year on the subject of the Mayflower and Pilgrims, etc. Some of them are a CHORE. One of them I'm almost ready to give up on completely. A dryer book has never been penned. And that book in particular seeks to strip all the pilgrims of any good attributes or nature. Again, I don't need my pilgrims to be saints--but human nature is always such a mixing of the good and bad, the right and wrong; no one is purely good or purely evil. So it was refreshing that this book was READABLE.

It does include a lot of dialogue. I'm not sure this much dialogue would pass as nonfiction in 2020, but, in a way it's delightful. I take dialogue in nonfiction with a grain of salt. I know that the writer might be putting words in someone's mouth that may or may not in any way whatsoever be true and legit. Maybe those words reflect his or her interpretation of written facts in primary or secondary sources.

I definitely enjoyed reading it.