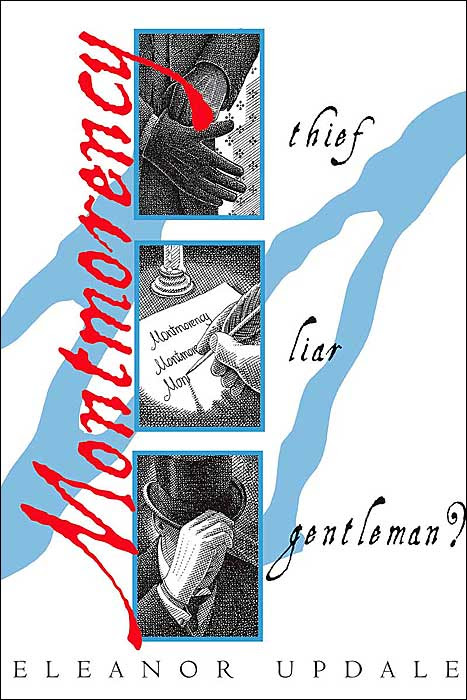 Originally published in Great Britain in 2003. Montmorency: Thief, Liar, Gentleman is the first in a series. (Montmorency having lots of adventures you see.) Set in Victorian England, it focuses on a thief and con man. We first meet our narrator in prison. We learn that he's been named "Montmorency" by the doctor that saved his life (and made a guinea pig out of him as well), Dr. Farcett. But he goes by another name as well: Prisoner 493.

493 is not well liked by his fellow prisoners. As the subject of study (and experimentation) of Dr. Farcett, he gets to go in and out of prison on a regular basis. True, his times out of prison he is the exhibit, an object on display, of Farcett and his lectures. But the other prisoners think he gets special treatment.

Ever calculating, 493 is already planning for his life out of prison. And he is absorbing everything around him. Absorbing all the information he hears at these lectures. Planning out his next big scheme.

His big plan? After hearing a lecture on the sewer system, he decides that he can use these underground passages as a way to get around during his burglaries. He can sneak into rich neighborhoods, hit his mark, and vanish underground. The scheme is complex--more complex than his previous crimes. So it takes a bit of planning. He soon realizes, he needs to be two people. To play two people. A Mr. Montmorency who is a rich, gentleman. A man who has the look and appearance of a gentleman. A man no one would mistake as a common thief. And Scarper, a lower-class man who can play the role of thief. Not that onlookers would take him as a thief. But he needs to be dirty and grungy and "common" enough that no one cares who he is and what he does. (It is a bit more complicated than that. But he has different "personas" he puts on to act out this scheme.)

Of course, he can plan all he likes when he's in prison...it's a different story to carry it out once he's been released. But Montmorency thinks he can do it.

My thoughts...I know this one is generally well liked (often loved) and it is typically highly recommended. But for me personally, I just didn't like it all that much. So while I think it has a certain amount of appeal to certain readers, I'm not sure I'll be following the series in the future.


© Becky Laney of Becky's Book Reviews
Posted by Becky at 8:52 AM

I read this one last year. And, like you, I can see the appeal, but I haven't felt compelled to pick up any others in the series.