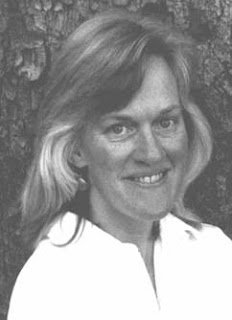 Today's interview is with Barbara Kerley. She is the author of many nonfiction books for children. But she has also written an incredible novel, Greetings From Planet Earth. I read it back in the spring. You can read my full review here. Family. Friendship. Love. Forgiveness. The Meaning of Life. This book has it all. Her official site is here.

What inspired you to write Greetings From Planet Earth? (Or how did this novel come to be…)

In 2002 I happened to read an article about the 25th anniversary of the Voyager space probe launch. There are two Voyager probes and each one carries a Golden Record of music, pictures, sounds, and greetings from planet earth. The idea behind the Record was to introduce human beings to another life form out in space.

When the probes actually launched in 1977, I didn’t pay all that much attention—I was a senior in high school and way more interested in my own little universe (school, friends, boys…) than in the bigger universe around me. But reading about the Record as an adult immediately captured me. What a fascinating exercise, trying to pin down in concrete terms what it is that makes us human. It seemed like a great idea to explore in a novel.

That was the impetus, but I have to say that timing played a huge role in how the novel developed; and certainly my concern over the conflicts in Afghanistan and Iraq helped shape the novel’s plot, characters, and thematic content. For the past five years, I’ve basically been writing about peace—in GREETINGS, which examines the cost of the Vietnam War on a soldier who fights and the family he leaves behind; in WALT WHITMAN, Words for America, which focuses on Walt’s efforts to heal soldiers during the Civil War; and in A LITTLE PEACE, a beautiful book with the simple message that we can all spread a little peace.

Theo has a very special teacher. Is there a teacher from your past that you’d like to honor or recognize? Someone who inspired you in some way or taught you something that you’ve kept with you through the years?

Mr. Meyer is drawn from great teachers I’ve met who are passionate about what they do and truly respect the students in their care. My daughter, now 18, has been fortunate enough to have many wonderful teachers over the years; I wanted Theo to have someone like that in his life, as well.

Theo struggles with the class assignment of selecting one picture and recording one minute of ‘something’ that answers the question “What do you think is the most important thing about Earth?” First of all, I thought it was brilliant. I loved Theo’s process, how this goes beyond just a homework assignment, how it becomes a meaning-of-life issue with him. But I also think it is great because as a reader you take on the assignment as well. (At least I know I did!) Have you thought about how you would answer that question or fulfill that assignment?

It’s funny now, but as I wrote the first draft, for the longest time I had no idea what Theo would choose at the end of the book. It was like I’d created a novel outline with a huge fill-in-the-blank at the end. A writer buddy of mine kept telling me that was good—that it meant I wouldn’t give away the mystery too soon. But mostly, as I forged ahead, it just freaked me out.

Part of the point of the book is that there are lots of big questions we all have to answer for ourselves, and that asking those big questions in the first place is as important as how you answer them. That’s the main thing I came away with, after spending four years thinking about the Golden Record.

What do you love about being a writer? What do you find the hardest? The easiest?

I love how writing opens you up to new ideas; I think living a writer’s life makes you curious and attentive. Lots of things are hard about it. There can be a bit too much isolation. There are times when you’re just plain stuck and can’t figure out how to solve a particular problem. And, of course, there are the less-than-glowing reviews that most writers have to face from time to time: an exquisite form of public humiliation. In terms of the actual process, my favorite part is the line-edit stage, when I can just sink into the language. I love that part.

You’ve written many nonfiction books (including Walt Whitman: Words for America and The Dinosaurs of Waterhouse Hawkins), but this is your first novel. How long did Greetings take to write? Were there any surprises along the way on its journey to publication? Is there anything you know now that you wish you had known then?

GREETINGS took over four years to write, mostly because I didn’t know what the heck I was doing. The major thing I learned in the process is that, for me, the more planning up-front, the better. It was painful to have to totally revamp the second half of the book—which I did after an entire draft was written because my editor rightly said that it wasn’t plausible. It was painful to have to replot an entire draft once I realized that Theo was spending waaaay too much time in the library and I needed to get him out into the world a little more. I know that some authors figure out how they want to structure a book while they are writing the first draft, but for me, figuring out the structure before I start is a better approach.

Are you excited that your novel has been nominated for a Cybil? Does award-season (best-of season) make you nervous or excited as a writer?

Absolutely. I love the blogging community—all these passionate, intelligent people who take time from their already-stuffed lives to engage in a huge discussion of books. The Cybils are a wonderful offshoot of this.

Awards season is a little nerve-wracking, sure, but honestly, so many good books are published in a single year that winning an award is always iffy. Mostly I just enjoy it when someone ‘gets’ what I was trying to say in a book; I try not to think too much about awards.

I’m an unofficial charter member of the HARRIET THE SPY team. Go, Harriet!

What are some of your favorites now?

I really love nonfiction-y fiction by authors like Andrea Barrett and E. L. Doctorow, where the characters are engrossed in things far beyond the scope of their own personal lives—novels that explore big issues and ideas. Two of my favorite books are Barrett’s THE VOYAGE OF THE NARWHAL and Doctorow’s THE MARCH. In both those books you see characters caught up in the sweep of much larger events.

This one is for both you as a reader and an author. Do you write fan letters (or emails) to authors you admire? And have you received any fan letters from readers?

Yes, I’ve written many and received a few of my own. I’m always really happy when I hear that someone liked one of my books. It always makes my day.

What can you tell us about any forthcoming books and works in progress? What’s next for you as a writer? What do we have to look forward to?

Next up is a book coming out in March ’08 called WHAT TO DO ABOUT ALICE?, about Theodore Roosevelt’s exuberant, irreverent daughter. It’s a lot of fun and is the debut picture book of a wonderful artist named Edwin Fotheringham, so it’s exciting to be a part of that.

If you had twenty-four hours, a time machine, and a limitless supply of money, what would you want to do?

I’m really fascinated by the 1800s and all the self-taught geniuses who pioneered whole new fields of thought. It would really be wonderful to spend a day with, say, Walt Whitman, when he met Emerson and Thoreau. Or Mark Twain, when he met Charles Darwin. We could have tea.
Posted by Becky at 10:23 AM

Hi Becky, This is a wonderful interview with Barbara. I hope it's okay that I've linked your blog interview for referral to my Nov. 7 book post on A Little Peace at www.beeskneesbooks.blogspot.com
I LOVE your blog!
Thank you :)