Perhaps I should be slightly embarrassed to admit this, but this was my first time actually reading both of these stories. My only familiarity with the stories coming through Wishbone in the first instance and a cartoon in the second. (I want to say Disney but I could be wrong.) So why now? Well, I is a difficult letter in the alphabet, AND I was desperate to read a book from the 1820s to complete my loop. Those two aren't great reasons to read a classic, but in all honesty, they were sufficient to motivate me at the library. 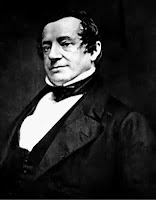 My impression of the book? Well, I enjoyed them both more than I thought I would. But that isn't necessarily saying much. The language is a bit archaic. Not desperately archaic. But without being *updated* I don't see many kids being able to read it smoothly. Even as a somewhat well-read, somewhat well-educated adult, there were words that in all honesty I had NO idea what they meant. And I would assume that like most readers, I was just too lazy to get up and get a dictionary so I just skimmed over them like they weren't even there. (To my credit, 11 at night isn't the best time to get up and go in search of a dictionary.) But I got the *main* ideas of both stories.

The first being a tale of a lazy man with a nagging wife falls into a magical sleep that does him not much practical good but at least rids him of his wife. I can't help but feel for the wife. ANY woman would get annoyed with a man who was THAT lazy and irresponsible. And doubly annoyed that he could at times be helpful to other families, other women, but ignored his own. So this tale doesn't really have a *moral* per se that would prove beneficial. Rip Van Wrinkle was lazy; he was happy to be lazy; he taught his son to be lazy; he liked being waited on hand and foot and the magical sleep just made that happen without the nagging.

The second being a tale of a rather comical school teacher, Ichabod Crane. Ichabod was a school teacher, a singing teacher, and a rather unsuccessful wooer. He wanted to win the heart of a lovely lady. But his competition was, well, the competition got the best of him in the end. Brom Bones. Practical joker extraordinaire. It was an entertaining story about a man who let himself be *scared* out of what he wanted. Can I blame him? Not really. Being chased by a "headless" man and then having aforementioned head tossed at him....would scare me out of town as well.

Overall, both stories were okay. But the artwork of Barry Moser just didn't do much for me. It seemed to date the book. It was originally published in 1984, and the book just looks and feels and smells dated. But in its defense, it was on the shelves while the newer versions of both tales (with better illustrations perhaps) were not. So it served its purpose.
Posted by Becky at 10:07 AM